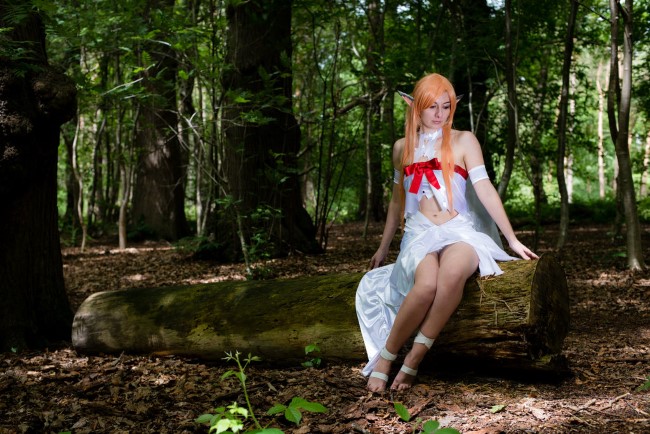 Most gamers have probably thought about what it would be like to be thrown into a virtual world. For those who play RPGs, attempting to immerse themselves into the world accessible by their fingertips is more than enticing. That might be why those in Sword Art Online were so willing to jump into a virtual world via the Nerve Gear. Amongst those who chose to unwillingly test their fate through Sword Art Online was Asuna Yuuki, a character whom Kirito meets early on. While her potential does not immediately show – Asuna being more reserve at first, it is soon evident that her fighting skills are unlike any other. Showing how fierce of a fighter she is only adds to Asuna’s desirability, and only seems to increase as her others skills are shown. In addition, Miss Asuna is quite the looker. It doesn’t take a genius to figure out why one might want to embody her. With the ability to take down enemies, make you laugh, and cook you a delicious meal Asuna seems like the perfect woman – and perfect character to cosplay as. Aliceincosplayland is one of these cosplayers, and she does such an amazing job with Asuna. While some might opt to take on the Sword Art Online version of her, Aliceincosplayland instead chose to portray Asuna’s Alfheim Online self. Still donning the white and red, Asuna looks stunning in this fairy outfit and Aliceincosplayland has done a fantastic job executing her. From the minor details to the major ones, each has been perfected in such a way that one might feel Asuna truly lives and breathes in our reality.