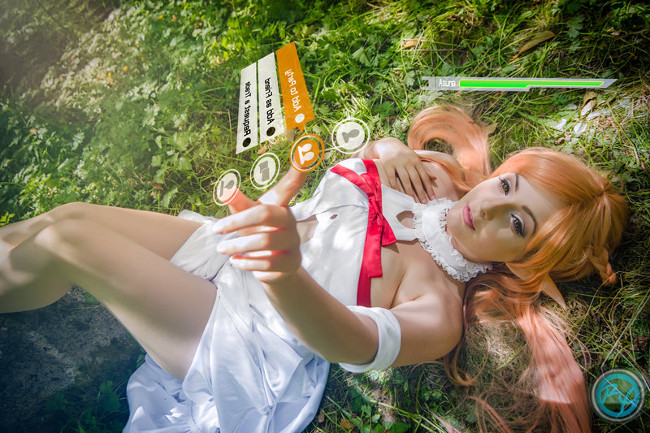 There’s nothing quite as endearing as a woman who can hold her own and thrown down at videogames. That might be why Yuuki Asuna — known better as Asuna, has so much allure. Not only is she a striking beauty, her red hair and beautiful hazel pulling suitors right in, but Asuna climbed the ranks of the Knights of the Blood guild. Appearing to be timid at first, Asuna soon shares her worth in battle alongside Kirito, quickly showing that she’s a forced to be reckoned with. While Kirito and Asuna develop what seems to be a snarky relationship, the two soon come to be close and marry in game. By relying on each other, the two seem to be damn near unstoppable, and their love continues to grow — much like their skills. It comes as no surprise that cosplayers might take on such a character, considering she’s the definition of a strong woman. Sure she has a man at her side, but Asuna has proven time and time again that it’s only because she wants him there. Through all the cosplays of Asuna, one seemed to stand out from the crowd. FeldonCosplay is quite the beaut as Asuna, and truly brings her to life. The small, intricate details takes the cosplay to a whole new level.

Editor’s Pick of the Week: An Incredible Firecracker Jinx Cosplay