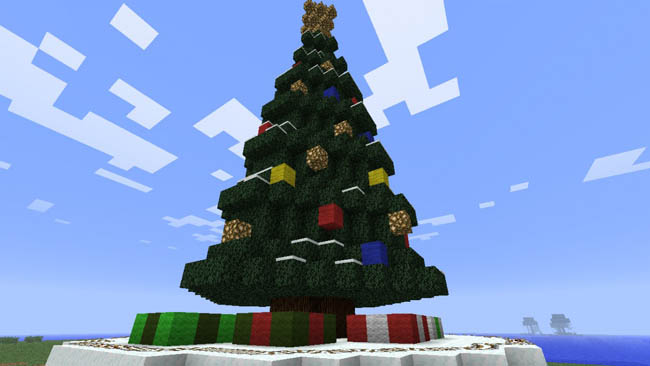 With the holiday season already in full effect you’ve probably been thinking about gifts awhile ago. That being said, you’re probably going to wait until last minute to buy and wrap said gifts. We all know our nerd friends are the most difficult people to buy gifts for. Electronics and games can be a little pricey and let’s be honest, game consoles and computers aren’t getting any lighter, so chances are it won’t be getting wrapped and shipped.

Alas, there is a solution to your problem! Indie developers are getting more and more street cred as of late and you can too. Not only are the games on the cheap side, but they are downloadable. Which means no wrapping is involved! So my gift to you this holiday season is a little cheat sheet of the ten indie games every player needs. When a man named Stanley finds himself mysteriously alone in his office one day he does what every man would do in that situation. No, not that! Get your mind out of the gutter. He searches for an answer as to where everyone has gone. This decision based game is narrated from start to finish by a voice in Stanley’s head that is telling him exactly what he should do to find that answer. Playing as Stanley you can either listen to the narrator and find happiness or you can deviate from the narrator’s path and get a completely different answer. Regardless, the ending will bring you no satisfaction. This game is not intended to please you as a player, but to make you think about the choices you’ve made along the way. With multiple endings and plenty of secrets to find, this game is definitely worth the fifteen dollars.

Amnesia: A Machine for Pigs

As far as indie horror games go, Amnesia: A Machine for Pigs is something that every gamer should have on their list. Playing as a character named Oswald Mandus, you awaken from slumber having no recollection of how much time has passed.You are faced with horrid sites of man-pigs along the way. These man-pigs are creations of Mandus’s in his attempts to save humanity, however, his plan backfired and he now has to do everything in his power to stop them and spare his children’s lives. AMFP has come a long way since the first Amnesia: The Dark Decent. The graphics, voice acting, and game play have definitely been improved and polished. At twenty dollars you get enough horror and jump scares to last a life time.

In this coming of age interactive exploration game, you play as a girl who recently came home from travel only to find an empty house. Upon searching you start to unravel a touching story about your sister Katie and her lover. You can get as emerged into this game as you want, being able to open every door, cabinet, and even listen to mix cassette tapes. Also bringing some nostalgia to the table this game is set in the 90’s. Which means you will find Lisa Frank, zines, punk rock tapes, and Nintendo in almost every corner! Even though twenty dollars is a bit pricey for this game, it is still a must play. It also has the potential to get those tears flowing, so have so tissues handy!

As a news reporter, you are doing some research at an insane asylum when you find yourself trapped in the building along with all the other crazies. As any good reporter would do, you film the entire thing. With only a camera for light source and no weapons this horror game can get almost too real at times. It is very fast paced and there isn’t much of a story line but this twenty dollar game had me on the edge of my chair the entire time. The graphics are top quality and to my knowledge there have been no glitches. You definitely don’t feel like you’re playing an indie game. While this is a great game, I would not recommend it for anyone under 18 as it shows some gruesome images. Washed up at shore on a deserted island you must explore your surroundings to remember a fatal crash. Upon your exploration you find letters to a woman named Esther. Each letter is randomly generated for every play through of the game, meaning you will not get the same outcome every time. The letters are read to you rather than having to read them yourself, yet the game becomes more of a book with every letter. Each letter is open to interpretation so that the player can draw his or her own conclusion as to what they all mean. At ten dollars this game offers more than just a beautiful story. You will feel for these characters that you hardly know and walk away with a great insight for the game.

Having no voice to the game, Journey portrays a beautiful story through video and music. You play a robed figure traveling the desert searching for spirits of a buried civilization. Throughout your search you are able to collect cloth pieces in order to maximize the length of your scarf, making your ability to float along the desert last for longer periods of time. Journey is a relaxing game made for just that purpose, to relax. There are no fighting sequences and it will not make you stressed in any way. The game is made to be explored while telling a heartfelt story about learning who you are and what your purpose in life is. For fifteen dollars you can explore for hours through multiple visually appealing lands.

Having a special place in my heart, Fez is what got me into indie gaming. You play as Gomez, a small 2D pixilated creature in a large 2D pixilated world, who gains powers to view a third dimension. Unfortunately this third dimension is fractured and it is up to Gomez to put it all back together. He must explore the world and find fragments of an artifact called the Hexahedron to put the world back in order. This game features astonishing game play and detail. The music made for the game is just as appealing and each new world brings different sounds. While this game has various bugs, or fractures if you will, it is still ten dollars but often goes on sale. It provides hours of game play and there are plenty of mysteries to unlock. Fez is puzzle and math based so it is not an easy task, but it makes completion that much more rewarding. The title says it all for this game. You are a thief and you are a very organized one. You will find yourself in a home with a list of things to “borrow”. You can pick up every object in this game, but only the objects on your list will be the ones you get to keep for yourself. There are also hidden stashes of cash for you to find to sweeten the deal. Although there is no deal…in fact, there isn’t much of a point to this game other than to get all the objects before the homeowner catches you. This indie game is not only free but it is randomly generated so each time you start the game your list of things to “borrow” will be different and they will be hidden in different places. While the plot is simple, you will most likely find yourself playing this game for hours.

The Binding of Isaac The List Of 104 Backwards Compatible Titles For Xbox One Unveiled

A twisted fate brought Isaac into this world and his mother is about to bring him out of it. When his mother starts hearing the voice of God stating he needed a sacrifice for her to prove her faith, Isaac escaped into the basement only to find even more terrors. As you progress you will face all of Isaac’s fears and eventually his mother. The game layout is much like the Legend of Zelda Gold only much more sadistic. If you like gory games, this one is for you as it has plenty of guts and gore. At five dollars you are getting much more than you paid for. Being able to unlock more characters and bonus features is just the start. With enough time you can unlock even more terrors to delve in. Not only has Minecraft paved the way for indie games, but it seems it has taken over most of the indie world. But just in case you live in a hole and are unaware of what Minecraft is I will explain. You are a box man living in a world made of box things. Your mission is simple, survive and build. While that isn’t the most exciting explanation I can assure you that you will become addicted instantly. For twenty dollars you can play in thousands of different randomly generated worlds either by yourself or with friends. The more you learn about Minecraft the more advanced your world can become. It’s just up to you to find out the secrets.

Each game is unique in its own way and provides hours of game play, making this list of indie games the best of the best. So which ever game you choose for that special nerd in your life I can assure you that they will be satisfied, should you choose just one that is (which you should). If you choose more than one you can probably expect an even better gift than that set of holiday socks you were given.