Pets Are Coming to WildStar Thanks to INVASION: Nexus Add-On 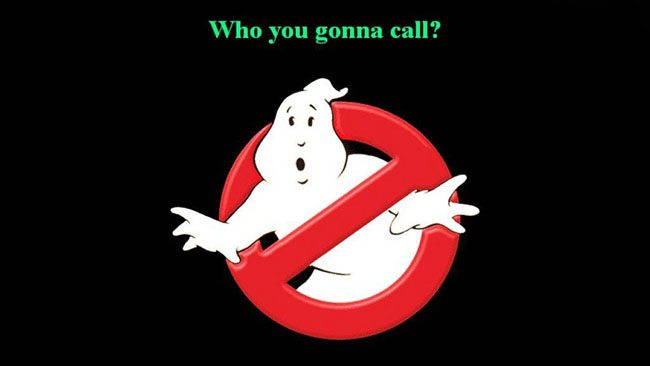 All That’s Epic Brings You Our Favorite Haunted Games of All Time! Hello again, my lovely epic readers. We have recently taken look at some of the best survival horror games from the Playstation One era, as well as some of the goriest games ever made, and with Halloween quickly approaching we here at All That’s Epic want to keep the spooky train rolling.

People love a good ghost story. It is a time honored tradition to pass down spine-tingling tales of terror from generation to generation. We love hearing about unexplained mysterious sightings of spirits from beyond who may have good or evil intentions. Games centering on ghosts and hauntings are some of the scariest (and sometimes goofiest) games we have had the luxury of playing. They rely on something more than just a gore and action mayhem to give us the willies. Ghost centric games send your sense of apprehension into high gear. There is something intensely unsettling about the thought of a malevolent spirit lurking around, waiting to take you into whatever hell they have inhabited for centuries. Hell, even a goofy ass ghost can make you second guess whether you want to sleep with your light on at night. So this week we honor our favorite ghoulish games, and bring to you our favorite ghostly games! While fans of Silent Hill (myself included) would not deem this as one of the greatest Silent Hill games ever made, if looked at from an unbiased fan perspective it is actually a decent survival horror game, and it certainly falls under the category of haunted. The game is significantly different from previous installments in that while you are running from a psychopath named Walter and dropping in between your apartment and his horrific “otherworlds” with creatures similar to earlier Silent Hill monsters, this game incorporates ghosts and spirits into the mix. Players have to use items in the game like candles and Saint Medallions to fight off the damage that spirits, or “hauntings” cause you. Every time you return to your apartment it is slowly becoming inhabited by the hauntings and you can’t totally get rid of them. They can be held off a bit, but for the most part you are just trying to keep their damage to a minimum, and they amount of damage and anxiety the inflict can even affect the ending you get. Kudos to this game for successfully using ghosts to make you feel like the only safe haven you have is slowly turning against you and the walls are closing in. Unlike the previous Clock Tower games, Clock Tower 3 moves on from the point and click game play of its past and allows the player to control the protagonist Alyssa, which doesn’t make it any easier to deal with the massive amount of ghosts that try to send her into a psychological panic. In fact, if Alyssa gets to scared and freaked out she will literally start stumbling around like a lunatic and losing her mind. The only thing you can do is try to lead her to a safe hiding place so she can calm her ass down and gain some control over her emotions, seeing as she doesn’t have anything more than holy water to defend herself. It kind of leaves you feeling like you need to hide under your own coffee table until you can catch your breath too. This PC point and click was released in 1995 and it sends you to a haunted house in the middle of nowhere in North Carolina. Let me tell you, as a native North Carolinian, I can assure you that a haunted house in NC in the middle of nowhere is enough to make you piss your pants and go running home to mama. This one is no exception. The game is nonlinear and you spend your time exploring the house with your cruddy ghost hunting equipment and encountering three lost ghost spirits, each with their own sad and twisted backgrounds, all of which long to be freed. The game explores murder, obsession, and suicide and it is one that will be sure to keep you from wandering into creepy houses. This game is the quintessential ghost story game. Your protagonist, a young girl named Miku makes the brave (albeit slightly idiotic) decision to look for her missing brother when he doesn’t come home from the haunted Japanese mansion he was exploring. She is armed with nothing more than an antique camera that can capture ghosts and expel them. Trust me, the film you can pick up at Walgreens won’t work. These ghosts are some of the most eerie and threatening spirits ever encountered in a video game and the fact that the story is rumored to be based on true events makes it all that more unsettling. This is one of those games that takes several of my favorite things, sci-fi, survival horror, and spooky ghosts, and combine them in this decent, yet overlooked game. Ghosts in the game either try to help you in your quest to find your missing love on the deserted research base on the moon. You can died from a heart attack if you aren’t careful, much like you might do in real life if you were isolated in space and a ghost randomly appeared and started coming for you. While not reviewed very positively, the game can actually be quite fun and scary if you don’t expect it to be top of the line. Sometimes, ghosts can be quirky, fun, and a little scary all at the same time. Luigi’s Mansion is a great example. When Luigi wins a haunted mansion in a contest he never even entered (seems legit), he makes his way there to meet his brother Mario, only to fine he is missing. For once, Luigi is the rescuer, and entrusts the help of Professor E. Gadd and his trusty Poltergust 3000 to suck all the ghosts in the mansion into oblivion. He isn’t exactly enthusiastic about it though, seeing as he is a big ole’ scaredy cat. The game is humorous and entertaining and makes ghost hunting a blast. Yes, this haunted series is so good that I am adding another one to the list. Fatal Frame 2 is a truly terrifying experience, and in a lot of ways it takes what the first game did and intensifies it. The game play is much of the same with improvements here and there. You still defeat the spirits with the trusty old camera. Now, you are playing as twin girls, Mio and Mayu (who has a whole host of health problems) and these girls are almost as creepy as the ghosts they spend the game fighting against. Instead of a haunted house, the girls explore an entire haunted village. In the end, sometimes you are your own worst enemy. The game is chilling and surprising and gruesome decisions the girls have to make for the sake of protecting each other will forever be burned into your brain. It has been deemed by many as one of the scariest games of all time, and I would have to agree. It still haunts me.

There are a few games I would like to mention that didn’t quite make the list. Super Ghouls and Ghosts was one of my favorite games as a kid, though in reality it was more ghouls and monsters than ghosts, thus earning it honorable mention status. The same goes for Grabbed by Ghoulies, which was another super fun, sort of ghost like game. Eternal Darkness: Sanity’s Requiem, while not a game that incorporates ghost into the actual story, is a haunting game to experience in that the game is programmed to make you feel like your GameCube might actually be possessed by a spirit by making you think your system is on the fritz.

These are some of our favorite haunted games, sound off in the comments on which games are yours, and tune in next week for more ghoulish fun!