This Junko Cosplay Nails the Balance of Sexy and Kawaii

Everything you Need to Know About PS4 and What to Expect from Sony’s Newest Powerhouse Console! 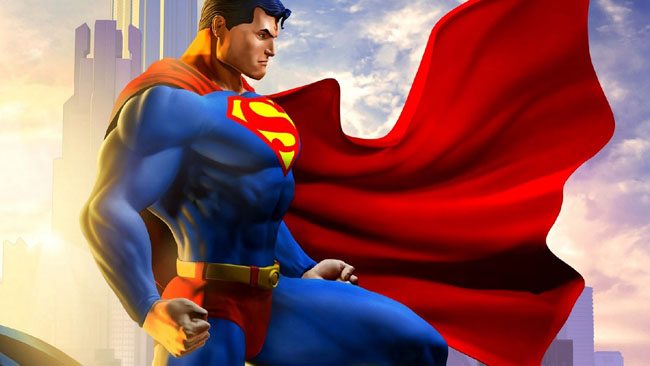 We here at All That’s Epic love to talk about all of the awesome, epic things you guys care about, be it video games, movies, cosplay, or whatever other geeky passion you may have. But let’s be honest, not everything in our geeky world is always rainbows and unicorns. Sometimes, developers and directors get the games, shows, comics, and movies really, really wrong, and they have to face the wrath of the fanbase. One of the most recent “controversies” in the geek world has been the casting of a certain Mr. Ben Affleck as the next Dark Knight. The internet exploded with protest and irritation at this “terrible” decision, and people even started a petition with nearly 70,000 signatures to give him the axe and cast someone else.

Yes, we are a feisty bunch, and when we want quality, we demand it. With all of the craziness surrounding the current Batman announcement, I got to thinking about some of the times I have been disappointed in the past when my favorite comic characters have had a chance to star in their own video games and failed miserably. So as a change of pace, this week let’s take a look back at some of the worst retro superhero games we have had thrown our way! In a time where fighting games were starting to really hit a high note, this game should have been amazing. It could have been a dream game for any DC Comic fan, but it fell so flat. The game play was laggy, the graphics were mediocre at best, and Superman had a mullet, for crying out loud. It was a lackluster fighting game, boring to play, and it was clear the developers just wanted to make a quick buck off of the fans of comics, without putting in much effort to the game. You could say they didn’t do the game justice…..Har har. This was one of the very first video games starring a super hero I ever played. I had a crazy love of the Silver Surfer as a kid, when I was gifted with a pile of my cousin’s old comics, so I was pretty stoked to see a game starring one of my favorites. That quickly took a turn for the worse. I am all for a game being difficult, let me be clear about that. This game took it to a whole new level of frustration. For a character that is considered so powerful he can stop Galactus from devouring planets, it is surprising that he could be taken down by the likes of a rubber ducky in this game with one touch. The difficulty was excessive. The game wasn’t pretty to look at. It had its good qualities. It has been praised for its great music, and I like the option of unlockables, but when it takes you hours to get past one level, it doesn’t seem worth the effort.

Batman Beyond: Return of the Joker (Playstation, N64, Gameboy Color): In the gaming world, it goes without saying that most games based on movies tend to be pretty terrible, mostly because they are rushed out to ride on the coat tails of blockbusters to make an extra buck without much real effort being put into it to make it a quality game. I actually had high hopes for this one, but ended up being disappointed. Batman Beyond: Return of the Joker is possibly my favorite Batman movie of all time (ok, it is my favorite. Don’t judge me), and because it wasn’t a major blockbuster there was hope that the game based on the movie and TV series might be good. Wrong. Despite the decent 3D graphics, the game play is so atrocious that no amount of fan love could make it worthy. The combat is sloppy and boring, and no amount of extravagant weaponry can hide the fact that you are still just repeating the same moves over, and over, and over again on sluggish enemies. The alternate costumes were cool, but just not enough to redeem this mess of a game. Again, you can’t trust a game based on a movie, and worst superhero games aside, this might be one of the worst games ever brought into existence. ScrewAttack was right when they laughed through their Rocketeer section of their Top Ten Worst Superhero games. This game consisted of flying a plane in a circle with no real goal being clearly presented to you. Most people gave up very quickly figuring out how to get past the first level, while some may have eventually realized that the teeny, tiny, screen at the bottom is actually the part that shows you what to do. Not the HUGE SCREEN that is basically wasted animation, the miniature box that you should be squinting at. Well, I mean how did we all manage to miss that? I would say it was the worst superhero game of all time, if it weren’t for……. Come on, guys. We all knew this was coming. This game is the worst of the worst. It is joked about among gamers and often referred to as one of the worst games of ALL TIME. The game is basically one giant glitch, terrible graphics, and extremely clunky controls. Flying Superman feels like you are trying to herd a drunken cow into a tiny coral. If you feel the need to fight a bunch of tornados and fly through ring after ring, or you just feel like tarnishing the good name of Superman, check it out. It’s pretty abysmal.

There you have it, my little retro loving buddies, my top five worst retro superhero games. We continue to get pure crap delivered to us in a shiny package (Catwoman, anyone?), but thankfully our favorite heroes have come a long way. Bringing games like Batman: Arkham City and DC Universe Online (check out the new expansion!) into the fold has proven to us that somewhere out there, people are listening and making a true effort to make amazing games for all of the comic lovers out there.