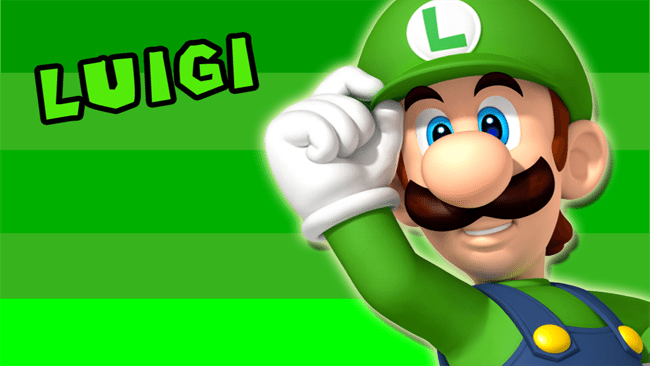 Dealing with a superstar older sibling can’t be easy. The constant feeling of being overshadowed by your brother as he saves the princess for the ten millionth time (despite your occasional help) is enough to drive any guy bonkers, but mild mannered Luigi has always kept his cool. He knew someday his time would come. Over the years, Luigi has slowly been coming out of the woodwork, proving he is more than a 2-player sidekick to his brother Mario. He has proven himself to be a hero as equally impressive (though certainly more skittish) as his sibling, and has even starred in his own games. With 2013 being The Year of Luigi, the 30th anniversary of Luigi and his debut in Mario Bros., All That’s Retro is going to take a look back at some of Luigi’s most notable retro appearances in our top 5 retro games featuring the great green plumber and his killer moustache! Ok, so this isn’t exactly the best (or most exciting) Mario/Luigi game we have ever played, but it does deserve some recognition for being the first time Luigi took on the lead role to find Mario, even if it was just by answering trivia question. It was released on PC, NES and SNES, and was mainly an educational game. The gist of the game was simple: Luigi needs to find artifacts and return them to their rightful place around the world and to do so he has to answer tons of questions, all in an attempt to find his missing brother Mario. So yeah, his first big solo journey was an educational one, but it still counts. This was the first game that really let Luigi shine as more than a second player option. It was originally released in Japan for the Famicom in 1986 as Super Mario Bros. 2 (not to be confused with the much different Super Mario Bros. 2 released in the US). Most of us in America played this for the first time in Super Mario All-Stars for SNES. For Luigi, it marked the first chance to be his own player. Instead of being a second player option, only differing from his brother in color of outfit, he was a fully playable option with a high jump ability that even Mario couldn’t do. He could more easily reach parts of levels, but it took a bit of timing perfection or you would end up floundering in the air and missing your initial target. This skill was also used in the vastly different US version of Super Mario Bros. 2, where players could select between Mario, Luigi, Princess Toadstool, and Toad, all with their own unique ability, including Luigi’s high jump. Everyone has their favorite character to race with in Mario Kart. One of the best things about the game is that it gives some of the non-main chance for glory, with each one having their own personal benefits and karts, as well as a plethora of items and abilities to help you win the race and piss off everyone you take down in the process. Mario Kart 64 earns its place in the Luigi hall of fame, not because Luigi is the best of the racers (though he is no doubt a favorite for some people), but because for the first time Luigi gets his very own track in the Mushroom Cup, Luigi Raceway. Much like his middle of the road abilities in the game, this track isn’t too outrageous, but still super fun and it gives him some much deserved recognition. As one of four unlockable players in the game, Luigi is once again a pretty standard player and like much of his previous appearances nothing more than a Mario clone, though what really sets him apart here are his devastating combo moves. If used wisely, Luigi can really wipe the floor with your opponent. His Luigi Cyclone can prove very effective if the timing is right and his KO move, Fire Jump Punch can take someone down hard if played the right way. Alright, I am taking some liberty here, because I know that this game, or the GameCube for that matter, isn’t technically considered “retro” (though it has been a little over ten years since its release). I’m making an exception. I’m cheating a little, but with good reason. This is by far THE best somewhat retro game featuring Luigi. It’s his first true stand alone title (no silly trivia questions!) and what is even better, it is a fantastic game. It has true originality (no Mario gimmicks!), and it lets Luigi shine in all his cowardly glory. Taking place in a spooky haunted mansion, Luigi must search for his missing brother with nothing more than his flashlight and the Poltergust 3000, a zany vacuum he receives from Professor E. Gadd, to fight off the ghosts and ghouls in his path. The game was quirky and fun and for once Luigi was the one doing the rescuing.

With so many great Luigi releases this year, including the sequel to Luigi’s Mansion, Luigi’s Mansion: Dark Moon, as well as Mario and Luigi: Dream Team, and the level pack for New Super Mario Bros. U, New Super Luigi U, it truly is The Year of Luigi. So go out there and give the humble brother the love he deserves! Check out some of these games from his past to get a full appreciation for the long hard road he had to travel to get where he is today.