Nintendo World Championship Will Have The Legend of Zelda 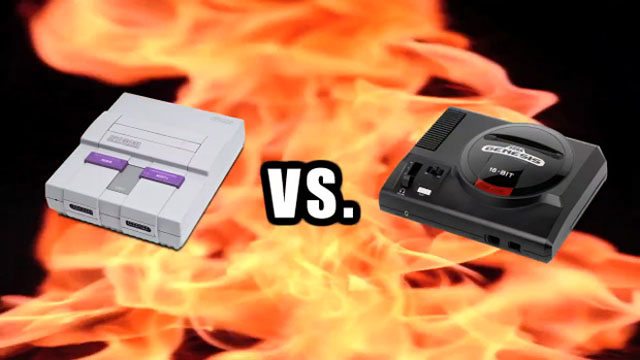 It seems to be common place in this day and age for gamers and gaming companies alike to be pitted against each other in some form of fierce competition. Whether it is fighting it out in a match of Halo, Call of Duty, or Mario Kart or in the case of companies like Sony, Microsoft, and Nintendo, producing the best and most innovative console in order to earn their place as the number one choice for gamers. It’s been no secret that Microsoft and Sony are going head to head for the release of their respective systems this November, the Xbox One and the Playstation 4, and the battle is getting heated. Gamers are taking sides and battles are being won and lost. Microsoft has already backpedalled on new policies such as trading and sharing used games after fans were outraged and don’t think Sony didn’t snag the opportunity to mock them for these ridiculous policies. Sony posted a handy and hilarious instructional video on how to share PS4 game, seeing as it was super complicated to do so for Xbox One games (spoiler alert: you just had to hand over the game to share! What a crazy notion!) It’s getting down to the wire and pretty soon we are going to see who the ultimate warrior is once the systems are actually in the consumers’ hands.

So while console wars may seem like the norm now, it wasn’t always so. The Bit Wars, as it often referred to, really started taking off when the Sega Genesis and the Super Nintendo went head to head. The two companies took very different approaches to their campaigns, Sega being particularly brutal. Who had the best advertising? Who was the best mascot, Mario or Sonic? Gamers chose sides, Team Genesis or Team SNES, and for most it really was one or the other. Playgrounds were divided, friendships were ruined. You were super lucky and invoked massive amounts of jealousy if you actually owned both (for the record, I ended up with a SNES for Christmas, when I was in second grade and didn’t get a Genesis until I was a teenager, but I love them both). Let’s rewind and take a look at where the long standing tradition of console wars began! Sega Genesis versus Super Nintendo! Go!

Let’s start out with the Sega Genesis. It was released first in 1989 (Known as the Mega Drive if you were anywhere other than the US) as a more powerful, 16 bit answer to the original NES. It was edgier (something Sega always made strives to be) and provided little censorship with games like Splatterhouse 2 (just one of many brutal games to choose from). The system, while certainly not a flop overseas, really hit its stride once it came to North America. One of the hugely differentiating things Sega utilized during this time had to be their efforts in advertising. Nintendo took am much more light hearted approach to convincing consumers to join the SNES team, Sega flat out mocked and attacked the family friendly Nintendo console. In simple terms, according to Sega, Cool people played Sega Genesis, lame people played Nintendo. If you wanted to be a serious gamer, you bought a Sega. The commercials were brutal. There were actual were several that bashed Nintendo into the ground and there was even one that had Sega fans telling you that you are a flat out LOSER if you don’t have a Genesis. How charming. Don’t believe me? Now worries, I’ll post it right here for your viewing pleasure.

Most of the time, they had a point. It WAS cheaper to purchase a Sega Genesis and its games, they didn’t have to censor things like blood, in Mortal Kombat for example. The system did have numerous exclusive titles, ranging from ninja themed Shinobi, Alex Kidd, and of course Sonic the Hedgehog, most of which are so popular they have had re-releases in the Sega “Collection” series.

Another plus to the Sega Genesis was that they made a true attempt to really expand the system and give it room to grow. In an effort to keep their system fresh and relevant after the release of the shiny new SNES, Sega came out with the Sega CD, which allowed players to play CD based games and music, something Nintendo didn’t do for years to come, when the GameCube was released. Don’t think this went unnoticed by Sega. They continued their smear campaign against Nintendo to once again point out how far ahead they were when it came to gaming technology, airing more commercials snidely commenting, “What are you waiting for, Nintendo to make one?” One thing gamers always associate with Sega is true innovation, almost to a fault. They were never afraid to try something new, get out of the monotonous comfort zone, and take risks. It is unfortunate that some of these risks may have in fact led to the demise of Sega, despite their consistent release of great consoles up until the Dreamcast, which is considered the most underrated system of all time by many gamers today and has a true cult following.

Before we get into everything the Super Nintendo had to offer, let’s take a moment to acknowledge the mini war that was brewing between the two stars of the consoles, Mario, representing for Nintendo, and Sonic, for Sega. Mario had been around for quite a while, acting as the face of Nintendo and being hero of one of the best selling game series to date. He was cute, he was fun, and despite his addiction to mushrooms, he was a family friendly face that everyone seemed to recognize. So Sega in turn came up with their own mascot, in the form of a spiky blue hedgehog named Sonic. He was a super fast, coin hungry, sassy answer to the little Italian plumber from Nintendo and he quickly became known in households everywhere as well. The two characters were a parallel to what each system represented, edgy and hip for Sega, family friendly and quirky for Nintendo. While both are truly beloved characters, it has to be said that Mario has undisputedly been the front runner of the two, due to Sega fading out over the years and Mario continuing to be the biggest breadwinner Nintendo has. Now back to our regularly scheduled programming, with a look at Team SNES! By the time the Sega Genesis was release in North America, Nintendo had established its worth and claimed stake as the ruler of all things gaming. Even with the new competitor from Sega being more powerful and more cutting edge console giving the NES a run for their money, Nintendo didn’t lose their cool. They had their next big project up their sleeve, and boy was it big. The SNES released in 1991 in the US, and it took off immediately. It offered up most of what the Sega Genesis could offer as Nintendo’s first 16 bit, and on top of that they had tons of exclusives, including Star Fox, Super Metroid, Legend of Zelda: A Link to the Past and many others, as well as most third party developers in their back pocket. The system launched with one of the most popular Mario titles of all time, Super Mario World. The library of games for the SNES is massive to this day.

As I mentioned before, Nintendo took a goofier, less harsh approach to their advertising, deciding to focus on themselves rather than attacking their opponent. One commercial basically just shows a bunch a guys aggressively making funny faces while they play the SNES, while another goes for a more “hardcore” tone (and I use the term loosely), featuring a very young Paul Rudd (dude, do you ever age?!) playing the hell out of a SNES on a drive in movie screen. Check him out in all his youthful glory. (post video below)

The commercials certainly seemed to have worked, considering the console went on to sell nearly 50 million units (for the record, the Genesis has sold nearly 30 million, which is pretty successful in its own right), and is ranked as one of the top systems of all time.

To see sales numbers alone, you could assume that the SNES is the clear winner, but everyone knows that sales aren’t everything. It is a tight race, with both sides having thrown the gauntlet and rode into battle with guns blazing, both proving to be superior consoles and favorites among retro gamers. With renewed interest from new generations of gamers and easy access to some of the old classics from the Genesis and the SNES thanks to the ability to download them to new consoles, these great systems continue to live on earn their legacies. So tell us which team you belong to and tune in next week for even more retro gaming action from All That’s Retro!