Fall in Love With This Heartseeker Ashe Cosplay 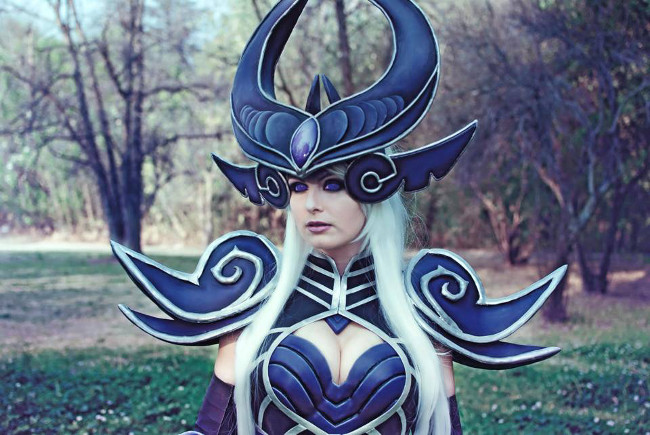 True power is almost always incredibly dangerous to behold. Those who possess magical abilities know this better than most, as their gifts can be deadly to those around them if not wielded with caution. Born an extremely powerful mage, Syndra has always thrived in her skills and never sought to control them, but to enhance them as much as she could. A powerful threat, Syndra, known as the Dark Sovereign, does not allow anyone to stand in her way as she rips through the paths of the Field of Justice. A lethal champion to control, Syndra’s dark-magic abilities make her a powerful support character in the ultra-popular MOBA League of Legends. Creating purple-tinted orbs called Dark Spheres, Syndra uses them to vanquish her foes and her powers grow stronger with each kill. She is skilled in magical combat and exercises her dark mystic powers with a beautiful ease. This Syndra, portrayed by the immensely talented Kinpatsu Cosplay, takes the character to a new level. Her beauty and darkness is perfectly mirrored, and Kinpatsu spares no detail on the intricate and beautiful armor donned by the dark champion. Using photo manipulation to create Syndra’s signature Dark Spheres, Kinpatsu goes the extra mile to bring the champion to life. This beautiful outing shows Kinpatu’s technical skills and will surely inspire other cosplayers to attempt to bring life to this beautifully evil character.

Rengar Prepares to Stalk His Prey in Badass Cosplay