Top 5 Science Fiction Films of the Decade So Far (Independent)

Next Agents of SHIELD Includes Avengers Age of Ultron Clip

5 Important Life Lessons From The Lord of the Rings 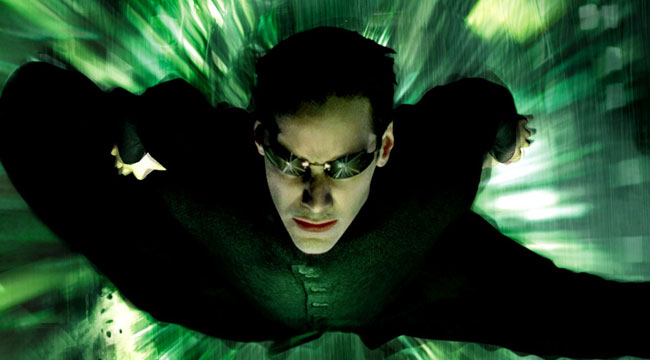 Although I’d never go so far as to say I love any of their films, I’m always glad to remember the Wachowskis exist and continue to make films. Their flaws often outweigh their virtues, as reflected by a track record roughly split between good-to-great films and out-and-out stinkers, but their movies don’t exist in a vacuum. Amidst all the impersonal Hollywood dreck studio-noted into oblivion, it’s difficult not to root for a directorial team that makes exactly what they want to make. And the Wachowskis want to make big films, ambitious ones that will make the sleepiest viewers sit up and take note of what they’re doing.

They began their directorial careers with Bound, a neo-noir film that often tries too hard to emulate the lightning in a bottle success of Pulp Fiction, as so many mid ‘90s efforts did. Unfortunately, the Wachowskis have never had Tarantino’s knack for sharp dialogue and characters—the three leads play stock characters, but they at least play them well.  Jennifer Tilly and Gina Gershon star as a cuckolding seductress and a butch ex-con who decide to defraud Tilly’s mobster husband (Joe Pantaliano) to get the cash necessary to elope together. The film’s first half coasts on sex appeal and the inherent taboo of its central lesbian relationship, which doesn’t seem quite so steamy or risqué twenty years later. The film finally kicks into high gear once the con-women put their heist plot into action. The tension is uniformly excellent, only occasionally undercut by baffling moments of broad humor—as when Christopher Meloni’s parody of a mob boss’s son whispers “don’t shoot” seconds after being shot. The Wachowskis’ visual flair is alternately fascinating and distracting, sometimes too fast-paced to let all that tension come to a rolling boil.

Bound remains the most low-key of all Wachowski films, and the film makes a convincing argument for their return to less-operatic fare. If, in the wake of Jupiter Ascending’s inevitable disappointment at the box office, the directors can’t secure studio funding, Bound provides a decent argument that they can make solid films without copious amounts of makeup and CGI to lean on.

The Wachowskis followed up their debut with The Matrix, a zeitgeist-capturing science fiction epic that trades in the tension of Bound for high-octane action. The much-imitated action still holds up, in part because each fight has its own visual language and style to keep the techniques from growing tired. The same can’t be said for the non-fight scenes, where stylistic choices dominate the color palette and the actors’ performances. The Matrix lacks even stock characters to populate the story. Morpheus is a self-serious exposition machine designed to spout philosophical questions perfectly targeted to a fourteen-year-old audience, Agent Smith is all vocal tic and straight-faced menace, Trinity is unrelentingly deadpan in an effort to seem badass, and Neo is an everyman not given any basic personality by an actor, any actor, more emotive than Keanu Reeves. The Matrix sequels expand on these flaws without retaining much of what made the original a worthwhile action sci-fi. The CGI and humorless philosophical discussions are run in the ground. The dreary gray world outside of the Matrix receives far too much screen-time, as does the painfully uninteresting romance between the ever-bland Trinity and Neo, now more messiah than everyman. It’s hard to find much reason for the existence of Reloaded and Revolutions, beyond paychecks and a few more worthwhile action scenes.

Next comes the Wachowskis’ big-screen adaptation of 1960s anime series Speed Racer. To their credit, the Wachowskis are never content to phone it in, but Speed Racer is an eyesore weighed down with ideas that sound good on paper but turn out painful in execution. In trying to translate hyperactive anime to live-action, the Wachowskis instead ended up with something nauseating instead of exciting. Style trumps both substance and storytelling, and despite all the Technicolor CGI gymnastics and racing scenes, the near-nonexistent plot feels slow, of all things, in the rare moments it does come into play. The Wachowskis finally returned to typically messy form with Cloud Atlas, a centuries-spanning epic composed of multi-genre stories loosely connected by a repertoire of recognizable actors, tiny actions that ripple into earth-shattering events and the eventual redemption of one reincarnated soul. It’s a lot, and it’s not all good. The film’s repeated use of its actors is often problematic, particularly when they rely on makeup to unconvincingly alter an actor’s race. Conversely, the source material and the talented actors involve help the Wachowskis to overcome their issues with character-building and the script manages to competently balance its myriad plotlines. There are a few clunkers, but somehow the film makes a lightweight tale about an old man escaping an oppressive retirement home just as compelling as a sci-fi dystopia about an underclass rebellion.

In many ways, Cloud Atlas is the Wachowskis in a nutshell—unorganized, bizarre, desperate to be taken seriously, and unwilling to compromise. It would be so easy to dismiss the film as its flaws pile up, and the same goes for the directorial team when their duds outweigh their triumphs. To overlook all those flaws to see the intent behind them, however, is to discover something unusually rewarding in its unchecked ambition and endearing in its earnestness. In an era of cynicism, the Wachowskis look like some kind of two-headed Don Quixote of cinema, unwavering in their belief that whatever they do can be somehow heroic.