Enjoy the Ocean View with Cosplay of Final Fantasy’s Rikku

Asami Sato Cosplay is on the Hunt for Airbenders 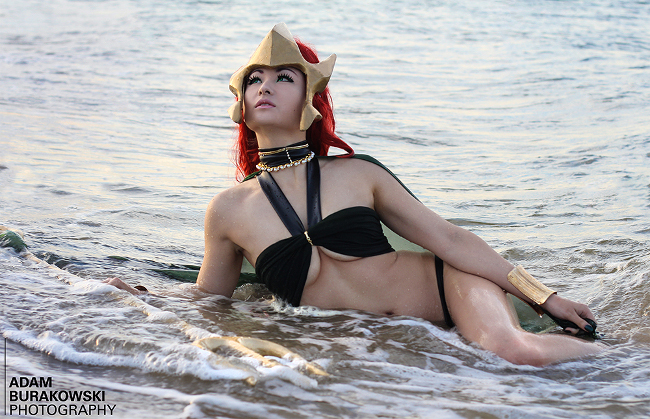 The Queen of Atlantis Comes Ashore in Mesmerizing Cosplay Queen Mera is the Queen of Atlantis and Aquaman’s wife. First appearing in 1963 in Aquaman #11, she came from Dimension Aqua fleeing from Leron. On Earth she met Aquaman, who agreed to help her. When Leron was vanquished she returned to Earth to marry him. They had a son together, but after his death, she fell into a depression. After the rift between her and her husband grew too large, she left Earth to return to her homeworld. Mostflogged takes on the watery beauty’s attire from Earth-16. This flowing, bathing suit, is regal and majestic, showcasing Mera’s royal lineage. Mostflogged looks stunning as she stands on the shore, waves splashing around her. With the wind blowing, the soft green cap flows off her back and her long red hair blows behind her. On her head is Mera’s golden crown. She stands ready for battle with a double sided golden trident in hand, meticulously crafted. The series of photos are breathtaking and highlight the hard work that Mostflogged put into crafting the watery Queen’s outfit.