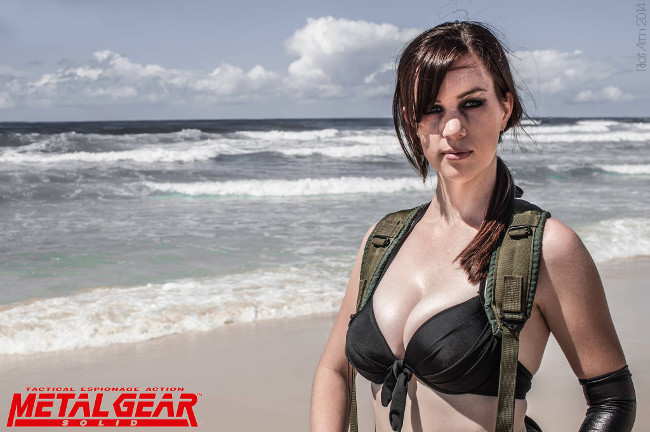 In Metal Gear Solid V: Phantom Pain, Quiet is the main heroine. A mute sniper who occasionally grunts, she has supernatural abilities that aid her in a fight. Able to disappear in a puff of black smoke, she rescues Big Boss, surrendering herself to the Diamond Dogs. Without the use of her voice beyond simple grunts, her facial expressions tell much about what the character is experiencing. While not much is known about the character initially, game play reveals startling secrets about her past. Major Sam dons Quiet’s outfit and creates her costume based on concept sketches of the character. With the black bikini top and matching ripped up leggings, Major Sam is ready for action. With the tactical gear slung on her back and hair pulled into a low ponytail, nothing will stop her. Photographer Jack Action takes stunning photos of Major Sam on the beach. He captures the expressions of her well, showcasing how it was done in the game.

Princess Serenity and Tuxedo Mask Cosplays are the Perfect Duo