Amy Pond and the Doctor: An Epic Cosplay Duo

A Mesmerizing Cosplay of the Lady of the Forest from Dragon Age: Origins 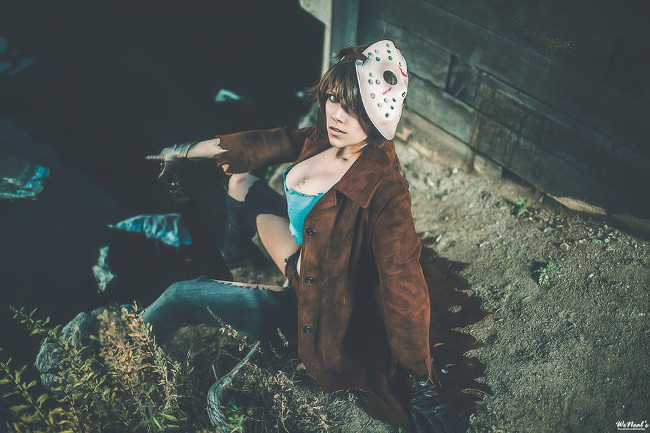 Jason Voorhees is the main antagonist from the cult classic horror series Friday the 13th. Jason was not originally intended to carry the series forward as the big bad guy, but he proved to be extremely popular and effective…and the rest is B movie history. Though the heyday of the 80’s slasher films is long gone, the character of Jason Voorhees and the lore of Friday the 13th has endured. The character has gone on to be represented in novels, video games, comic-books, and a cross-over film with fellow iconic horror character, Freddy Krueger.

Jason made his cinematic debut in the original Friday the 13th in 1980. In this film, a 10 year old Jason is shown through the memories of his mother, Mrs. Voorhees, and as a hallucination of the film’s protagonist, Alice. Though there’s no adult Jason as we’ve come to know him in this film, the character still propels the plot and Mrs. Vorhees revenge for Jason’s death. The move proved to be a hit, and in Friday the 13th Part 2, it’s revealed (surprise!) that Jason isn’t dead. It isn’t until Friday the 13th Part III that Jason dons the hockey mask that’s thoroughly associated with his character. Whether Jason was alive, dead, miraculously resurrected, called up from Hell, impersonated, or rebooted, the hockey mask has stuck. Jason isn’t handsome or charismatic. In fact, he’s mostly silent in all of the Friday the 13th films. But that silent, deadly presence has inspired fear and nervous excitement in countless people, and he’s become an iconic part of American pop-culture. It’s hard to imagine Jason Voorhees as pretty or even remotely good looking. Kotobukiya collectibles has something to say about that. Their original statuette of a female Jason Vorhees is super duper cute. The hallmarks of Jason’s look are all there – minus the male body and disfigured head and face. Here, Silver Shade Cosplay does a fantastic job of bringing the Kotobukiya Jason to life. Really, she looks JUST like it! We love the artfully torn and distressed jacket, those perfectly ripped denim chaps (hot!), and of course, the cosplay wouldn’t be complete without Jason’s signature hockey mask. Note has Silver Shade has gotten the hair and blood smears just right. This is a version of Jason Voorhees that can stalk us anytime. Ready to Launch With this Dragonball Z Cosplay