All That’s Retro Cosplay Edition: A Larger Than Life Cosplay of a Very Tiny Character- Thumbelina!

Shiro the Chess Master Cosplay will Beat Any Opponent

Nightmare Before Christmas Sally Cosplay is a Dream to Behold 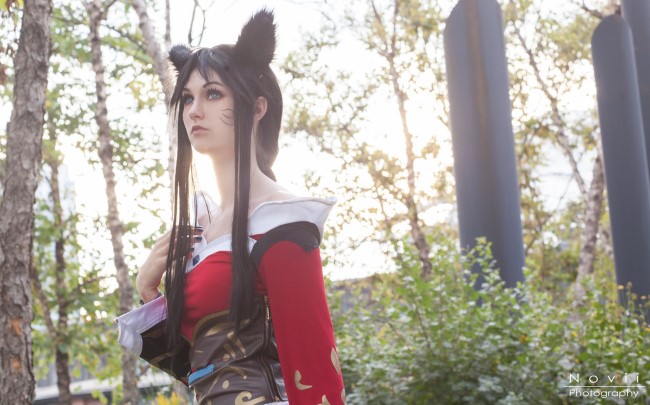 This Ahri Cosplay Charms the Crowd Ahri is a champion in the super popular online game League of Legends. She is commonly referred to as The Nine-Tailed Fox. It is said that Ahri, unlike other foxes, felt completely in tune with the magical world around her. However, even though she had a strong connection to it, it was always somehow incomplete. So she would often dream of the day that she would shed the skin she was born into and become a human. This dream seemed impossible until she came across a human battle one day. She sucked the life out of a dying soldier, creating a human form for herself. She then continued to use her seductive looks to attract unsuspecting men, consume their life essences, and thus bringing her closer to her dream of human life. However, her morality consumed her. She felt regret for every life she took. She was offered a way out. By fighting in the League of Legends she could achieve her goal and not claim innocent lives. This cosplay by Shiro Cosplay is perfect; it captures the innocent looks and deceptive skill of Ahri all in one costume. She so effortlessly creates the character but in the real world, just like Ahri would want. Her makeup, tails, ears, and of course outfit is spot on, which is not all that easy to do. All that and more makes this cosplay beyond epic!