This Neon Strike Vi Cosplay Shines Brighter Than the Others! 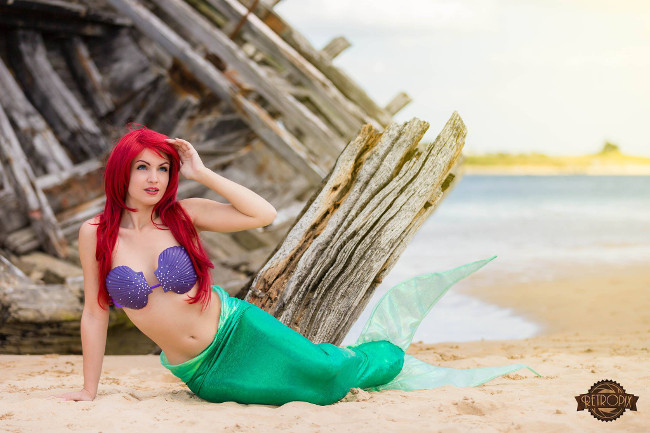 This Ariel Cosplay Swam Into Our Hearts

Ariel is one of the most popular Disney Princesses. The Little Mermaid made its big debut in 1989, causing many little girls to fall in love with the beautiful red headed mermaid. Ariel really wants a life above land, eventually trading in her fins and voice to a sea witch just for the chance to walk on dry ground. She chases after a young and handsome prince named Eric, and all she needs is his kiss in order to remain a human. However, her plans continue to be ruined by Ursula, the sea witch. Eventually true love conquers all, and Ariel can stay with her love on land. This cosplay by Nuna Cosplay is perfect. Ariel swam out of the big screen and into the real world in this spectacular costume. She perfectly captures the innocence and curiosity in the character’s personality as well as the animated overall look of Ariel as well. Nostalgia strikes any on looker with this totally epic cosplay. A Demonic Yet Seductive Vampirella Cosplay