Catherine will Seduce You in this Tempting Cosplay

Zero Cosplay is a Beautiful Rose 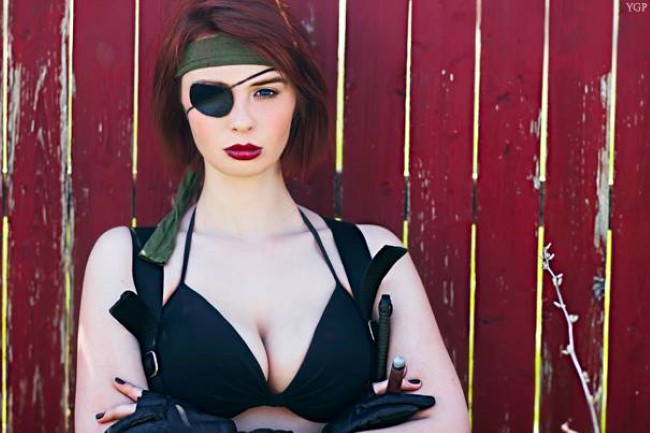 This Big Boss Cosplay Thinks Outside the Cardboard Box! One of the heaviest hitters in the gaming industry, as far as series go, is undoubtedly Metal Gear. The universe is massive and the plots are intense… of course, driven by a cast of unique and recognizable characters. Fans of the action-packed, stealth-based games have a way of expressing their devotion. Whether they’ve been tagging along with Snake since the first game’s debut in 1987, or finding a new interest in the series with the latest installment released this year… there’s no denying that MGS fans are extremely dedicated. Cosplayer Hailey S. is one such fan who’s awed us with her craft. Putting a feminine twist on the iconic Big Boss from the Metal Gear universe, she looks absolutely gorgeous in this gender-swapped outfit, featuring tactical gear and a flattering bikini top to show off her curves. Her outfit remains true to the design with (eye patch included) and the level of detail is impressive. Even her makeup choice is perfect. The jungle-like scenery that she’s chosen just adds to the realistic element… looking as if she’s truly on a mission.

We’d love to join her on this one.

Lord of the Rings Week: A Gorgeous Tauriel Cosplay