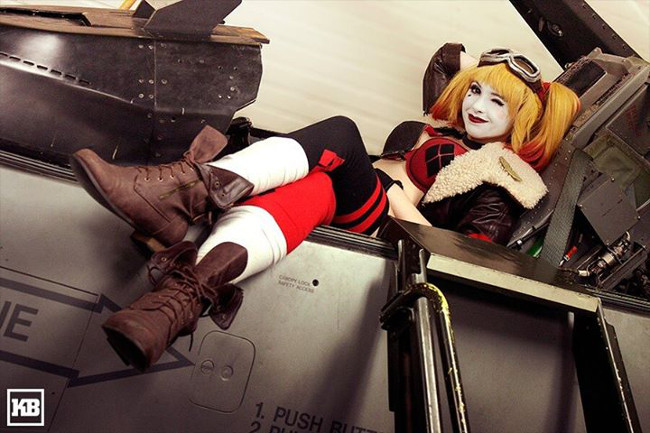 This Bombshell Harley Cosplay is to Die For Even those outside of the comic book fandom know and recognize Harley Quinn. She has been drawn and recreated several different ways, but most recently she has been created in a series of “Bombshell” DC women. Thanks to the artist Ant Lucia, we have another rendition of Harley that is just the right level of cute and sexy. Many comic book fans have been enamored with the quirky crazy that is Harley Quinn. She runs the gamut of comedic relief, badass with a bat (or wrench or crowbar or whatever is handy), and of course, Joker’s better half. Harley’s outward bubbly personality is enough to drop anyone’s guard before she goes in for the crowbar smash to defend her puddin’. Mika Nicole is a big fan of Harley Quinn and has done more than one version of her. Most recently, she brought Ant Lucia’s Bombshell Harley to life and collaborated with some epic photographers. Heavy machinery and a killer smile make this Bombshell Harley hard to forget. For more epic cosplays, be sure to check out her page! You won’t be disappointed.