This Syndra Cosplay’s Potential is Limitless

My Little Pony Fans Rejoice from this Rainbow Dash Cosplay 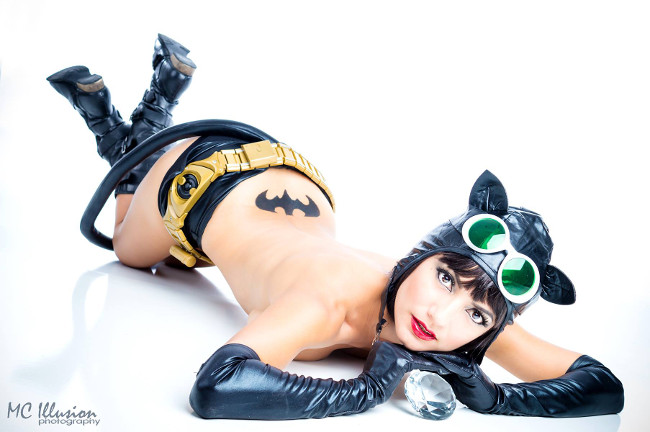 Catwoman is known around the world for being a thief, a villain, and most of all, a sexy lady. She first made her appearance in Batman #1, where she was only known by as The Cat. Ever since it’s release in 1940 she has been stealing the hearts of fans all over the world. Probably one of Batman’s most famous adversaries, she is always seen wearing a black leather suit and cat ears, her weapon of choice being a whip. Selina Kyle is her real name, she has taken the reputation of a classy, thieving, antihero, and one of Batman’s most enduring love interests. This cosplay by Ivette Cosplay captures the essence of Selina Kyle is one costume. It is the Catwoman we have all grown to know and love in a crazy good cosplay. She looks just like Catwoman too, even making the right facial expressions. Ivy95 blew this one out of the water, making this one epic cosplay.

Cosplay of the Day: An Epic Mass Effect Cosplay to Celebrate N7 Day