Yuna and Rikku Enjoy the Warm Weather in Fantastic Cosplay 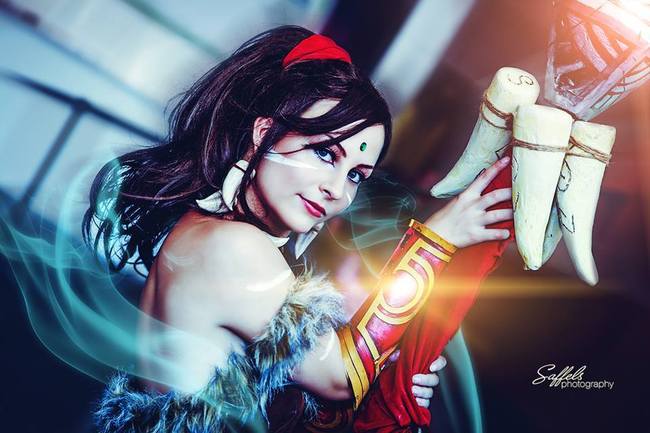 This Cosplay of League of Legends’ Nidalee is Legendary! Nidalee is the bestial huntress from the massively popular online game League of Legends. She is said to reside in the dangerous lands that lie just south of the Great Barrier. She grew up there, in fact. As a young child she lived in this horrifying jungle, her innocence being the only thing that caused the terrible beasts to show her mercy. She was taken in by a family of cougars, and raised as if she was one of their own. There she was taught to fight, then later on she rejoined the civilized world in order to battle in the League of Legends. This cosplay by Meisha Mock is beyond amazing. She channels the inner feline of Nidalee, and anyone can tell that she pulls this look off perfectly. Nidalee is a strong and wild character, this cosplay shows off just that. Every piece is perfectly crafted, and that spear just blew us away! Being a huge League of Legends fan, I had my reservations but this cosplay of Nidalee is by far the best I have seen. Way to go, Meisha Mock! Photography by Go With Postal