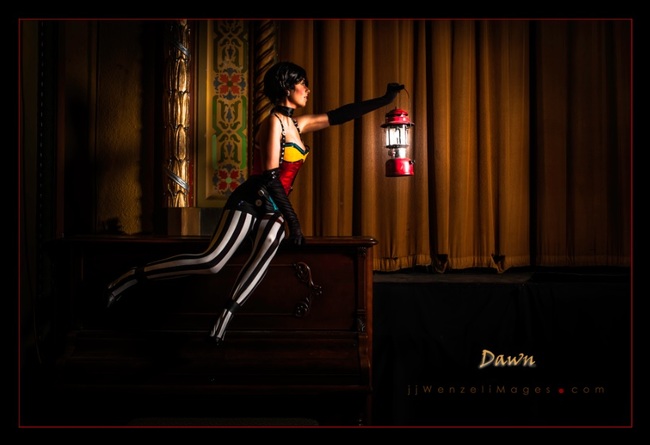 This Dawn Cosplay From Contrast Has Never Shone So Bright

As you may have noticed indie games are the best they have ever been, and are taking the gaming industry by storm. Some of the best games that have come out in the past year are indie titles. These games allow for story telling and character development beyond compare, you will fall in love with the characters time and time again. One of the best indie games, with some of the most loveable characters, is Contrast. The game launched as one of two free titles, along with Resogun, for PS+ users in November 2013.

Contrast is the story of a little girls’ relentless mission to reunite her family, so she enlists the help of her imaginary best friend, Dawn. Along the way secrets are unveiled and lies uncovered as you discover the shadows that haunt the family. Dawn becomes a critical figure in young Didi’s life and quickly a heroine to the family. The beautiful and skilled young woman will warp her way into your heart as you progress throughout the game. This ensemble by Reign Cosplay is anything but overshadowed! She brings life and light to Dawn’s character. A flawless representation of the 1920s acrobatic heroine, Reign dominates both the light and shadow realms of Contrast. In choosing a theatre to take these photos it adds to the realism of this cosplay, giving you a sense that Dawn may actually be out there hiding in the shadows. The flawlessly recreated corset and overalls truly highlights the skill of the cosplayer. Topped off with the characteristic hairdo and beautifully done makeup. That’s one imaginary friend we’d all love to have.