Aladdin Transforms from Street Rat to Beauty in this Epic Cosplay! 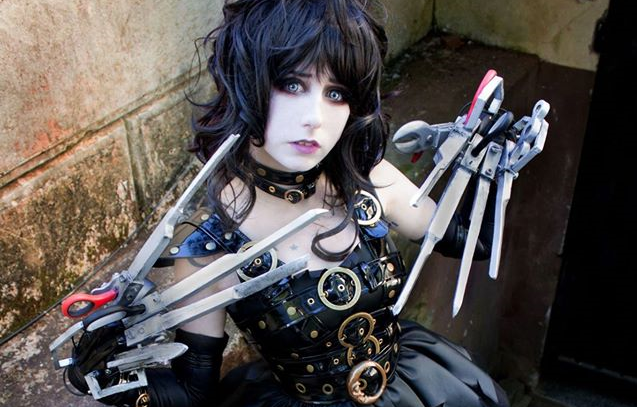 Edward Scissorhands is a well-loved movie classic.  Directed by the master of obscure films, Tim Burton, the film stars one of his favorite actors to place into his films, Johnny Depp. The infamous duo created a character that is memorable, lovable, and certainly unique.  Edward Scissorhands has scissors for hands. He decides to put what others would call a handicap to good use.  Edward has an outwardly pale, dead appearance. On the inside he is filled with life and love. In this wonderful genderbend cosplay, the beautiful Giu Hellsing takes inspiration from the Kotobukiya figurine version of Edward Scissorhands and creates her very own rendition.  Her hair, outfit, makeup, and of course, her scissor hands, are all absolutely perfect, and we couldn’t imagine a more epic cosplay of the character who has touched our hearts for years now.