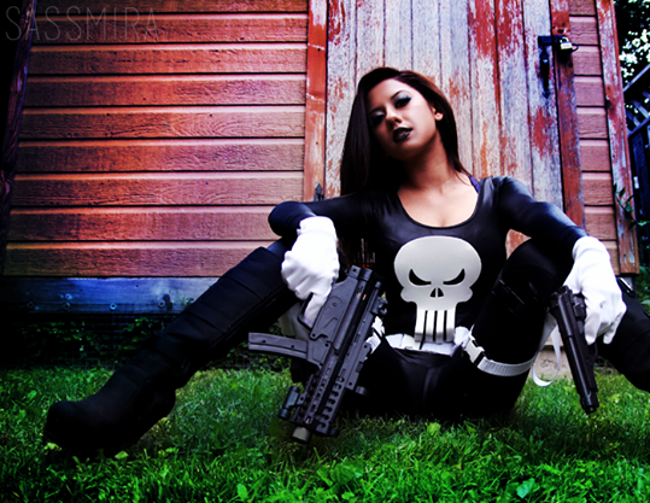 This Female Punisher Cosplay Puts Others in Their Place The Punisher is a hardcore, manly, antihero in the Marvel universe. He is a vigilante who will stop at nothing to take down crime. After the murder of his family by the mob, he swore to help take them down all by himself. He has an extremely vicious nature, from all those years in the military, he is ready to kick some mobster butt. However, the Punisher is so manly and tough that one would think it impossible to pull off a gender end of this macho man. Sassmira Cosplay pulls off this sexy version of the Punisher in a way that makes it flawlessly female, but she also keeps the character in mind. This cosplay is perfectly executed from the classic skull adorned shirt to the white belt, Sassmira got it all right. This cosplay marks it’s place in the epicness hall of fame.