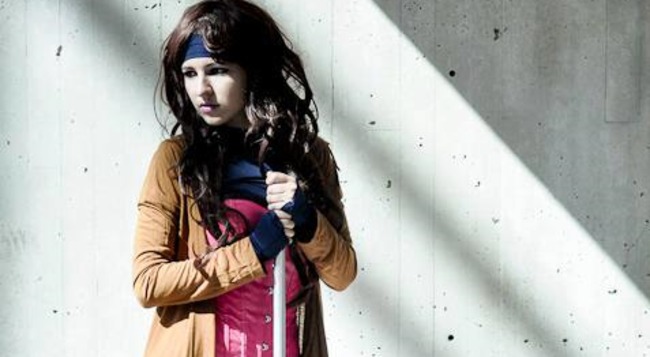 This Lady Gambit Cosplay is Packed with More Than Aces Up Her Sleeves! Remy LeBeau is one of the many mutants from Marvel’s X-Men comics, who was trained up to be the leader of the Thieves Guild. Abandoned at birth due to his burning red eyes, the child who would one day become Remy LeBeau was kidnapped from his hospital ward by members of the New Orleans Thieves Guild and was dubbed “le diable blanc” – the white devil. The guild believed he was the child that had been prophesied to unite the warring Guilds. Soon after, Remy was placed in the care of a gang of street thieves who raised the child and taught him the ways of thievery. When Remy was around ten years old, he attempted to pick the pocket of Jean-Luc LeBeau, the former patriarch of the Thieves’ Guild. Jean-Luc took the boy in off the streets and adopted him into his own family. As part of a peace pact between the Thieves’ Guild and their enemies, the Assassin’s Guild, a marriage was arranged between Remy and Bella Donna Boudreaux, the granddaughter of the head of the Assassins Guild. However, Bella Donna’s brother Julien objected to the marriage and challenged Gambit to a duel. Remy killed Julien in self-defense, but was excommunicated and banished from New Orleans in an attempt to maintain the non-aggression pact between the two guilds. In the world of cosplay, genderbending a character is a creative, tedious and also extremely fun experience. It’s always fun to see a male Elsa or male Rogue and a female Fili and Kili or even a female Gambit from X-Men Earth-616. Cosplayer Jeanne Killjoy has a huge portfolio of characters from the Marvel and DC universes, having cosplayed Mystique, Rogue, Elektra, Black Widow, Psylocke and now, a female version of Gambit. She’s got all the details down pat in this cosplay including red contacts just like LeBeau’s red eyes.