Prepare to be Judged by this Kayle Cosplay

This Elesis Cosplay is Beyond Incredible 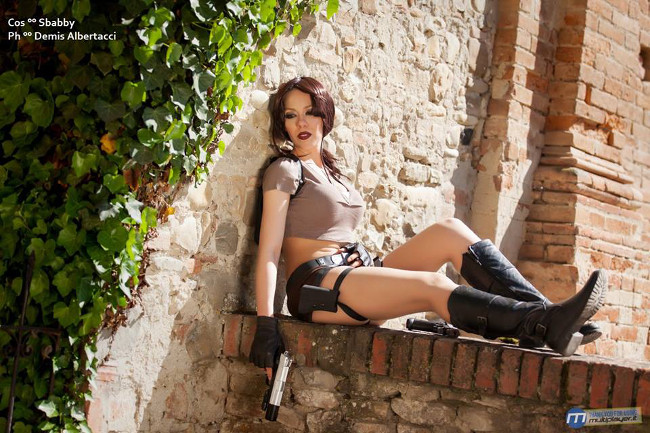 Strong, beautiful, clever, and brilliant, Lara Croft is the longest standing and most popular female video game character of all time. Now a nearly household name, the sexy British archeologist made her first appearance in the gaming world with the release of Tomb Raider in 1996. Quickly proving to be a relatable and loveable lead game character, her game spawned a handful of sequels that have continued into as late as this year. With many re-designs and changes to backstory, Lara has always kept a few key elements to her character. These trademarks include her long pulled-back brunette hair, her blue/brown color scheme, and her dual wielded pistols. No matter the design used, Lara’s personality remains the same: a tough, and fearless woman with incredible dedication. Tomb Raider: Legend, released in 2006 was the first game with advanced enough graphics to finally put a defined face to the personality that had developed into Lara Croft. The game was released a few years after the movie inspired by the game was made. Starting bombshell Angelina Jolie, the film wasn’t a huge success but was a dream casting for fans of the game who got to see Lara come to life on screen. Because of this, Tom Raider: Legend’s version of Lara looked substantially more similar to Jolie, finally creating a perfect picture of Lara. Sbabby Cosplay is featured here in an exceptional Lara Croft cosplay. Her outfit here, the one featured in Tomb Raider: Legend is a fan-favorite. Sbabby Cosplay manages to include all of Lara’s iconic features all in one costume. Looking beautiful and strong, she embodies Lara in a natural way and everything looks immaculately made. With so many versions of Lara to emulate, Sbabby chooses the best one for her appearance and slips into character seamlessly.