This Transistor Cosplay Glows With Beauty

Spunky Rikku Cosplay Has Fun in the Sun 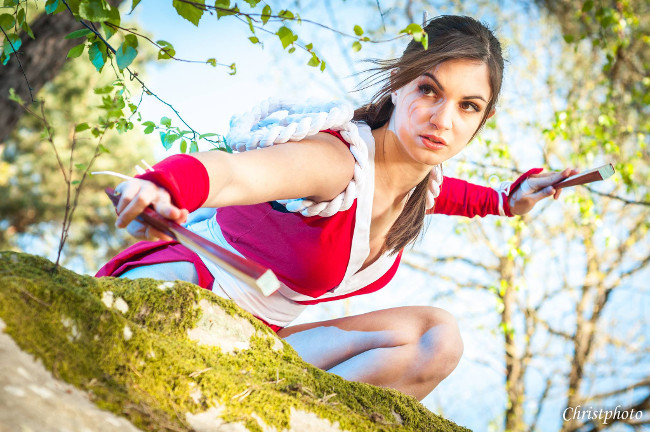 This Mai Shiranui Cosplay Takes Down the Competition Mai Shiranui is a very popular character in the fighting game series titled Fatal Fury and The King of Fighters series too. She also makes appearances in several other media outlets in this series and has grown in popularity since her debut in 1993. She first appeared in Fatal Fury 2. According to the lore behind her, she is a modern day female ninja, she also has the ability to control fire. She is in love with American Andy Bogarde who feels ambiguous about their relationship. Her sexy look has largely contributed to her growing popularity, inspiring amazing cosplays just like this one by Nuna Cosplay. Nuna Cosplay has really captured the spirit and appeal of Mai in this costume. Pulling off such a look is not an easy task, the costume has to be perfectly constructed in order to work well. This costume was made perfectly and flawlessly creates Mai Shuranui in real life. This Cosplay of Elise the Spider Queen Rules