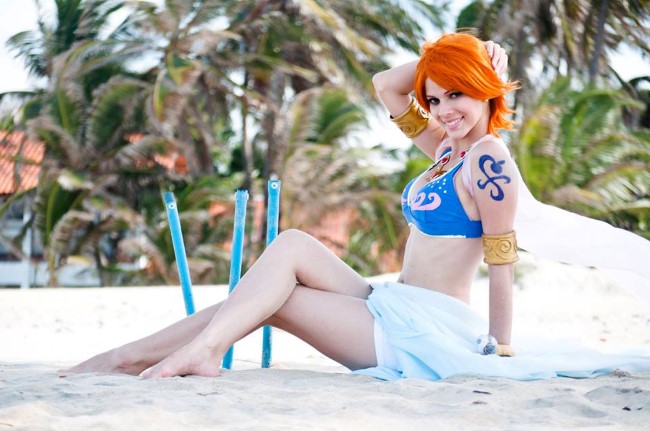 This Nami Cosplay Takes the Gold

Nami is the third in line and navigator of The Straw Hat Crew in the popular anime and manga series called One Piece. In this story the crew, led by Monkey D. Luffy, is after the lost treasure known as One Piece. Nami was the second to join the crew and has certainly had an interesting relationship with them. She betrayed them at one point, only to return when her true intentions were revealed. Nami is absolutely beautiful. Despite her rough past, she has a good heart. This cosplay by Melzita is perfect! Nami is smart and feisty. This cosplay wraps all that up into one lovely package. We also adore that Melzita has cosplayed many of Nami’s different characters, showing the cosplay world that she is truly passionate about that character. This cosplay definetly steals the heart of anyone who sees it, making it totally epic.

A Mesmerizing Cosplay of the Lady of the Forest from Dragon Age: Origins