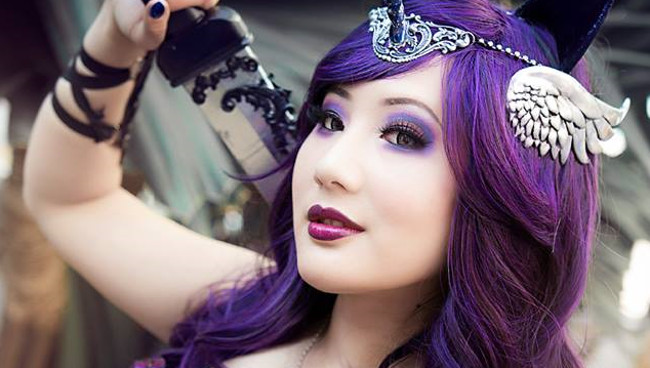 This Nightmare Moon Cosplay is an Absolute Dream

Whether you’re a fan or not, chances are you’ve heard of My Little Pony. In fact, just the mention of the title might cause that infamous little tune to play through your head. For those who are fans, it’s not hard to rattle off the characters within My Little Pony: Friendship is Magic — both good and evil alike. Avid fans have been with the show since the beginning, which means they’ll remember a certain pony by the name of Nightmare Moon — previously known as Princess Luna. The dark beauty once worked together with her sister Celestia to maintain the balance between night and day, but jealousy drove Luna mad — demanding that she be the only princess Equestria. It was then that Princess Luna became Nightmare Moon, the darkness festering inside her to a point that her previous title could no longer fit. Embodying such a character seems more than enticing, and putting your own twist on such a cosplay gives it that much more draw. Perhaps that’s why Chubear Cosplay took on Nightmare Moon, creatively turning her from pony to female warrior. The darkness that Nightmare Moon emits can be seductive, and that paired with an equally seductive cosplay is enough to make your jaw drop. Chubear Cosplay has truly turned Nightmare Moon into something so imaginative that it’s hard not to stare in awe. Take a look at other works by the cosplayer on her Facebook! Check Out this Epic Cosplay of Rin Matsuoka from Free!