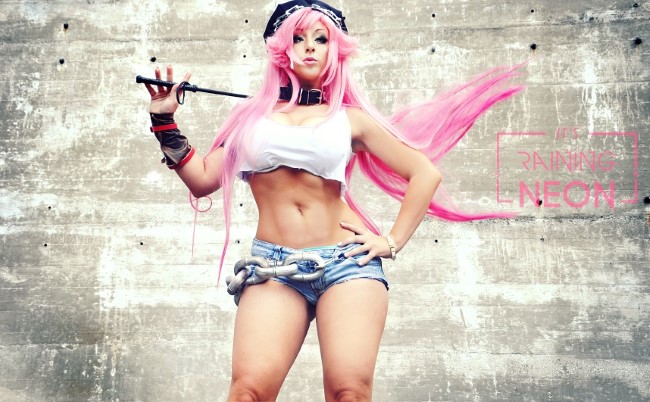 This Poison from Street Fighter Cosplay Takes Down the Competition Poison is a character from the fighting game series Street Fighter. She has appeared in multiple of the series games after her first appearance in Final Fight, a game from the same universe and relation to the Street Fighter series. Poisons popularity has ensured her continuation in the game franchise. Poisons seductive costume and the riding crop she uses as a weapon have no doubt made her a popular character choice in the games. Poison is also extremely badass and has no problem taking down those opposing her. Its Raining Neon cosplays a spectacular Poison; there is no doubt about it. The combination her her spot on costume construction, the brilliant photography and posing, and her deep knowledge of Poisons attitude and behavior has lead to this magnificent work of art. Its Raining Neon is not just hot, she can kick your ass!

Cosplay on a Budget: The Power of Googly Eyes