A Tira Cosplay that is After your Soul

Gaming Cosplay: An Enticing Cosplay of Mad Moxxi from Borderlands 2 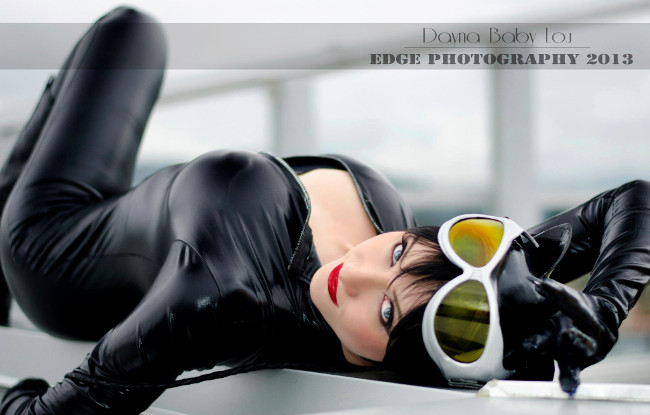 Selina Kyle, better known as Catwoman, has been stealing more than Batman’s heart for many years now. First introduced as a super villainess equal to Batman, her feline grace has led to her becoming a popular character in the Batman series. With a complex love-hate relationship with Batman, she has the longest relationship with Batman when it comes to love. She later gives up thievery and turns to crime fighting, becoming a part of the Batman family. Dayna Baby Lou has donned the skin tight leather bodysuit in stunning fashion. Channeling a classic Catwoman, Dayna Baby Lou is perched on the top of a building ready to kick booty with her whip. With a kitty ear adorned helmet and goggles, Dayna Baby Lou looks into the distance with the Bat signal shining over Gotham City. With knee high boots, she looks as if she stepped right off the cover of Catwoman: Nine Lives of a Feline Fatale, which shows the multiple iterations of Catwoman’s costumes. A Great Fairy Cosplay Sure To Fill Your Heart