Wonder Woman Whiplashes Into Our Injustice: Gods Among Us Cosplay Week

A Maleficent Cosplay That Could Wake Any Sleeping Beauty 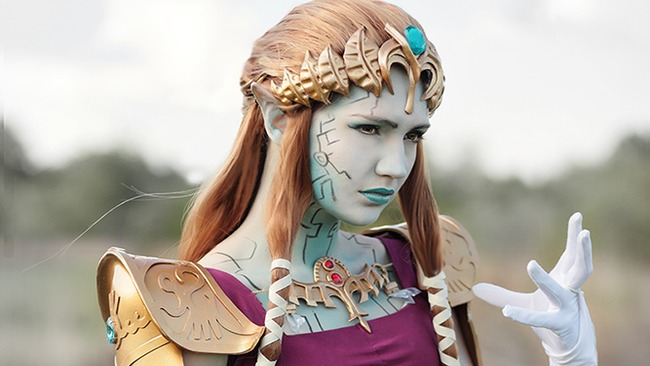 The Legend of Zelda franchise is one of the biggest in the industry, with some of the most undoubtedly hardcore fan-bases around. The franchises namesake is the Princess Zelda, who is often confused with the hero and protagonist Link. Zelda is a member of the royal family of Hyrule and in almost all of the video games she sends Link on some sort of quest to stop the villainous Ganondorf. Possessing keen insight as well as good judgement, Princess Zelda often does some heroics of her own!

In The Legend of Zelda: Twilight Princess the evil Ganondorf possesses Princess Zelda and forces her to fight against Link when they meet at Hyrule Castle. Once she becomes Ganon’s puppet she is a near unstoppable force, but as a true hero of Hyrule Link is able to stop her without causing too much harm. Look at This Elizabeth Comstock Cosplay and Wipe Away Your Debt

This award winning cosplay done by Neko-Tin captures the frightening beauty of Puppet Zelda perfectly. The dress is a flawless recreation from the series and includes the characteristic crown which is a perfect replica. What really sets this cosplay apart is the makeup. Haunting and beautiful, Neko-Tin glows in a simple yet eerie way. Don’t mess with this Princess, she may just surprise you!