Despair as Junko Enoshima Comes to Life in Epic Cosplay

Lose Your Head Over This Alice Madness Returns Cosplay 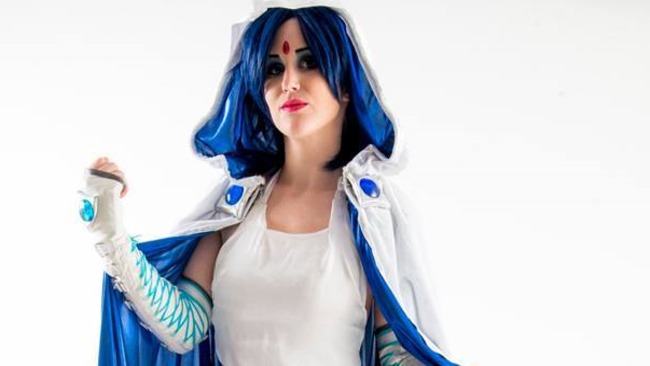 For those who are fans of DC Comics – and even those who aren’t, there’s a more than slight chance that you have heard of Raven, considering she’s been making appearances in both comics since 1980 and later in television shows. Some might know her as the superheroine in purple, but Raven is much more than that. A certified badass empath, capable of controlling her “soul-self” that can fight for her, and essentially act as a spy outside of her own body. Capable of taking on her foes in a clever manner, and using her gifts in order to seek out her means, Raven is a character that – to no surprise, has gained quite the fan base. A group of Raven’s fans consist of cosplayers who have taking a liking to embodying such a character. Lara Cupcake is one of these cosplayers, choosing to perfect Raven Angel of Azarath in her own manner. In doing so, Lara Cupcake has done an amazing job and her Raven cosplay truly gives the superhero life.