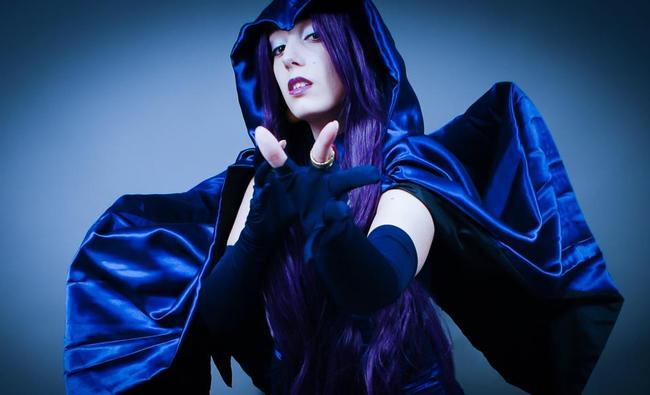 Raven, also known as Rachel Roth, is a powerful empath and superheroine most famous for appearing in The Teen Titans. Created by DC Comics, Raven has the ability to basically control her “soul self” even allowing it to do some of the physical fighting for her. She made her grand entrance into the comic world in DC Comics Presents #26 debuting in October of 1980, and she has just gained popularity ever since then. Raven has dark powers, and rightly so, considering her mother was a human and her father, Trigon, was a powerful demon. She came from the realm of Azaroth, and must make sure that she keeps her emotions in check, otherwise there could be dire consequences. However, despite all this, she seems to have found a second family with her friends in the Teen Titans, who love and accept her. She is also a member of the Sentinels of Magic. This cosplay by Neferet-Cosplay is perfectly executed. She captures the spirit of Raven. Neferet even puts some of her own ideas into this classic 1980s costume design, trading the boring black hair for the more well-known purple locks. She even changes the dress color slightly, but still keeping the heart of this favorite character in the cosplay itself.