Sonico Cosplay is Pretty in Pink 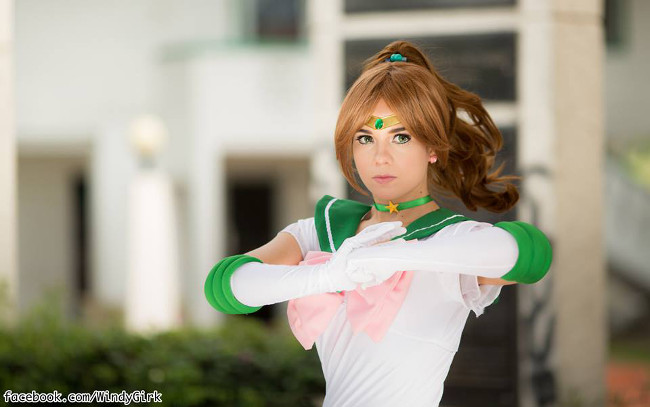 This Sailor Jupiter Cosplay is Quite Electrifying

Bubbly, brunette Sailor Jupiter (Makoto Kino) is known being the princess representing the planet Jupiter as well as for her generation and manipulation of electricity, plant-related powers, and superhuman strength. Due to her adorable personality and fighting skills, she has become a dear favorite of the many Sailor Moon fans. Portrayed as super-humanly strong, Sailor Jupiter has a very independent personality, but despite her tough appearance, she is very gentle. This makes her not only being one of the more aggressive of the Sailor soldiers, but also the most feminine. Wearing her trademark green attire accented with two large pink bows, Cosplayer Windy has transported us right in to the world of Sailor Moon. From the stone on her tiara to her earrings, this beautiful cosplayer has brought Sailor Jupiter to life for us. Windy wears a sailor suit colored in green, white, and pink, with rose-shaped earrings and green laced-up boots. The craftsmanship put into this cosplay is not only spot-on but also inspiring.