Behold the Perfect Beauty of this Black Cat Cosplay 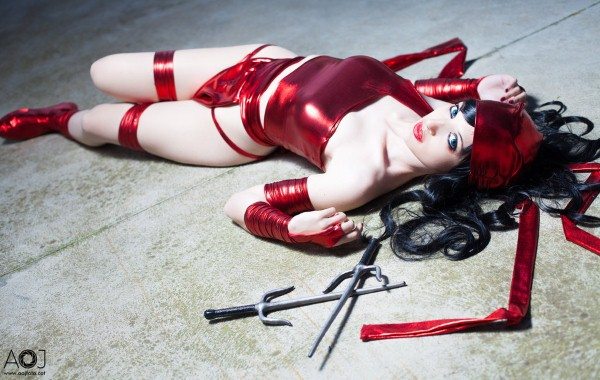 There are a lot of very talented women in the Marvel universe, and some don’t even need super powers to achieve this! Elektra Natchios is a female assassin with a Greek descent. She first appeared in a Daredevil comic in 1981, her rough childhood making her who she is today. When she was 9 she was assaulted by kidnappers, and was saved by Orestez who advised her father to get her to learn self defense, and so he hired a sensei to teach her martial arts. Her usual weapon of choice is Sai, but she is also skilled in using a Katana, daggers and shurikens. Elektra is an Olympic level athlete, and is strong in gymnastics, evoking amazing human strength, speed, stamina, agility, dexterity, reflexes, coordination, balance and endurance. These make her an absolutely lethal killer. Ivettepuig’s Elektra is so beautiful, and is based off the Bishoujo statues style. The red is metallic, and a lot more striking, especially against her milk white skin. The wraps around the wrists and ankles are very neat, contributing to the finish of this creation.  You get caught by her eyes and flowing black hair- I think you’d probably get stunned by her beauty before you’d even realise you’re about to get attacked!

This Bayonetta Cosplay is Too Perfect for Words