All of This Week’s Epic Cosplays in One Place

Regain Your Memories with this Terra Branford Cosplay

This Katarina Cosplay is Armed and Ready to Assassinate! 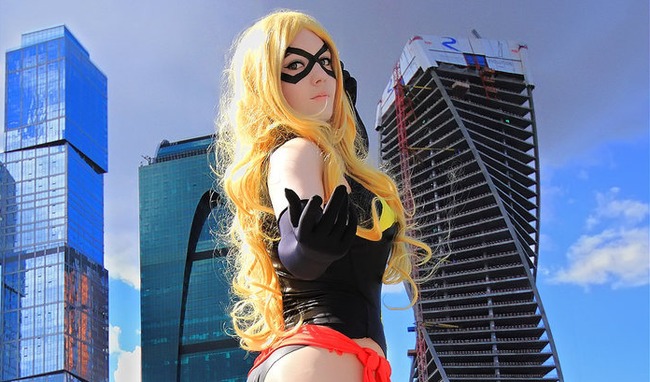 This Stunning Ms. Marvel Cosplay Will Give You Superhuman Love Marvel Comics has been making waves since 1939 – when it was previously known as Timely Comics. Since, the company has been putting out comics, which catch more than fans’ attention, but also their hearts. With characters that one can easily get behind, such as Wolverine, Thor, Captain America, The Punisher as well as a hand full of others, it’s no wonder that the ever growing Marvel Comics retains its popularity to this day. Ms. Marvel, also known as Captain Marvel or Carol Danvers, made her first appearance in the Marvel Universe back in 1968. Danvers grew up as the oldest of three – followed by two brothers, and had an ample amount of sheer determination, using it to show her father she was just as hard working as his sons were. Her fascination with becoming something more was fueled by the stars, her want to become an astronaut coursing through her. First Carol joined the Air Force, quickly rising in the ranks before NASA approached her for the position of head of security. It was during her time with NASA that Carol became friends with Kree, whose enemies would later be responsible for the super heroine she would become. With her superhuman abilities, Carol used them for good and became Ms. Marvel. Perseverance is an admirable trait that anyone would want to possess, as well as superhuman abilities and the beauty that Danvers has. Cosplayers are able to take their talents, and embody such a woman. Whoever may choose to take on Ms. Marvel going up against cosplayer Claire Esther might not be such an easy feat. Her cosplay of the Marvel character completely embodies what the superhero is, and turns Carol Danvers from character to reality.