Take Out Criminals with this Red Hood Cosplay

Everyday Epic Cosplay: Call this Ghostbusters Ensemble for Your Next Convention 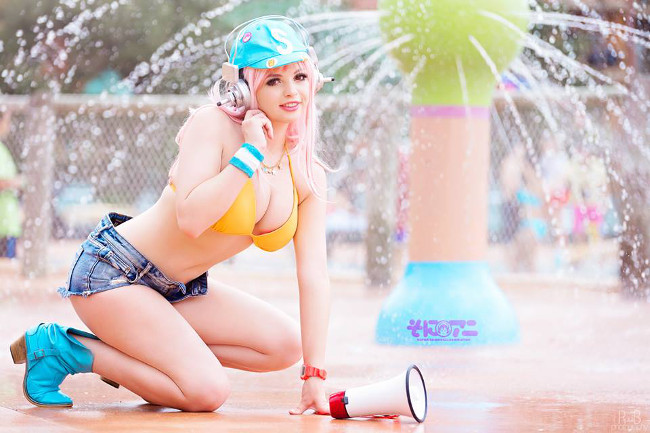 For those of you who are true fans, you already know who Super Sonico is. The woman is the face of “Nitro Super Sonico” music festivals that are featured within the Nitroplus title, and has appeared in multiple forms of media. Sonico, who is an eighteen year old college student, has always been known for her good looks, busty chest, and various beautiful features. There’s no denying that she’s a total bombshell, but she’s more than her undeniable good looks. As many teenagers are, Sonico is prone to sleeping in more often than not needing help to get her sleepy butt out of bed. The girl also loves macaroons — even dubbing them her favorite food, and goes by “Nico” — at least that’s what her First Astronomical Velocity bandmates call her. There’s no doubt that Super Sonico is known for a handful of things, and that’s what draws you right in — namely it draws cosplayers in. With the popularity the girl has gained, it’s no wonder that numerous cosplayers have flocked to the chance to become Sonico. Of course, not everyone can do as an amazing job as others, and through the plethora of Super Sonico cosplays only a few truly stand out. Of them is Oki-Cospi’s take on the young teen. Not only is it super adorable, but the details have been mastered to perfection. Overall, it’s a job beautifully done! Photos by Rudi B Photography