Travel to Destiny Island With This Kingdom Hearts Kairi Cosplay 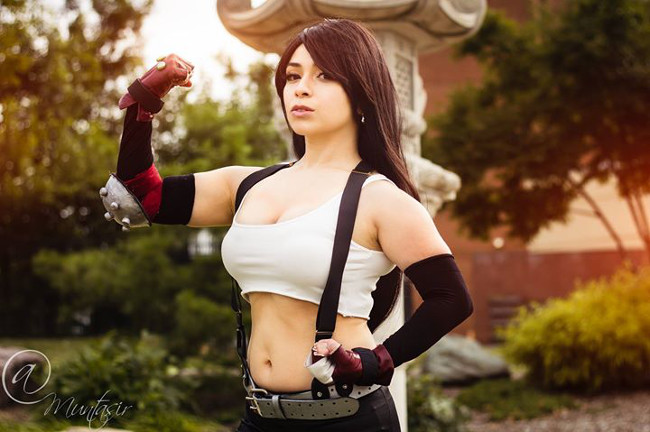 Tifa Lockhart is a beautiful young lady who has no problem taking care of herself. She first showed up to the geek world in Final Fantasy VII, helping the hero Cloud destroy the Shinra Electric Company and eventually Sephiroth. Tifa and Cloud were childhood friends who lost touch. Until, of course, they reconnect and join the AVALANCHE resistance. Final Fantasy was one of the most beloved chapters from the popular video game series. Tifa was also one of the most popular characters. Cosplays of Tifa have been rather abundant, however, fans are delighted when they see a Tifa as well done as the cosplay of Miss Gidget. She looks sexy and independent in this shot. Tifa would be proud. Her outfit is identical to the one the character wears. Accuracy and craftsmanship is important and Miss Gidget hit this one out of the park with both of those. This cosplay is totally epic.