A Lucrezia Borgia Cosplay That Will Bring The House Down

Gnar Escapes from the Ice in Epic Cosplay 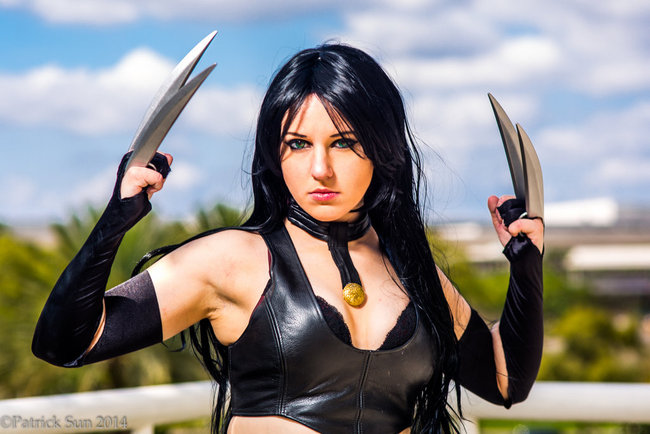 When a top-secret program endeavored to recreate the original Weapon X operation involving the feral mutant Wolverine, they failed to secure a guinea pig strong enough to withstand the bonding process of the virtually unbreakable metal Adamantium to their skeleton. Pursing to steer this ambitious experiment in a new direction was Doctor Martin Sutter, who enlisted the brains and skills of renowned mutant geneticist Doctor Sarah Kinney and tasked her with creating a clone.

Using the only available genetic sample from Weapon X, they were unable to salvage the Y chromosome after twenty-two attempts. Kinney proposed they create a female clone, and though her request was initially denied, she still went ahead and the outcome resulted in producing a worthy female subject. Despite resistance from his protégé Doctor Zander Rice Sutter granted Kinney permission to proceed in the experimentation. As revenge for her insubordination, Rice forced Kinney to act as the surrogate mother for the clone, and she gave birth to “X-23”.  Seven years later, raised in captivity X-23 was trained to be a living, breathing, walking weapon. Kinney did her best to ensure the child retained some semblance of humanity, but her efforts appeared to be in vain. Rice had X-23 subjected to radiation poisoning in order to accelerate the activation of her mutant gene, and forcibly extracted her claws and coated them with Adamantium. After Rice realized the child was growing soft, he laid blame to her senei; one of the few people who treated her with kindness, and tested a chemical compound called “trigger scent” on him. This “trigger scent” causes Laura to kill mercilessly and knock down anything in her path, and thus she murdered her best friend.

I love cosplays from the Marvel comics as much as the next person, and here at Conslayer, we love it a lot! American cosplayer KO Cosplay has produced some amazing cosplays such as Maya from Borderlands 2, Domino, Scarlet Witch, Crimson Viper and many more. Joining these amazing cosplays she’s done is her cosplay of X-Men’s X-23. X-23 is a lean, mean, killing machine with two legs and a heartbeat, and KO Cosplay portrays the five-foot 1 assassin clone extremely well, albeit with some eye-catching Adamantium claws to top off this epic cosplay! Pokemon Misty Cosplay Will Have You Catching All the Feels

Want to see more of KO Cosplay? Check out the feature below!