Dead or Alive Kasumi Cosplay is Brought to Life

Rise of the Guardians Toothiana Cosplay Brings A Legend to Life 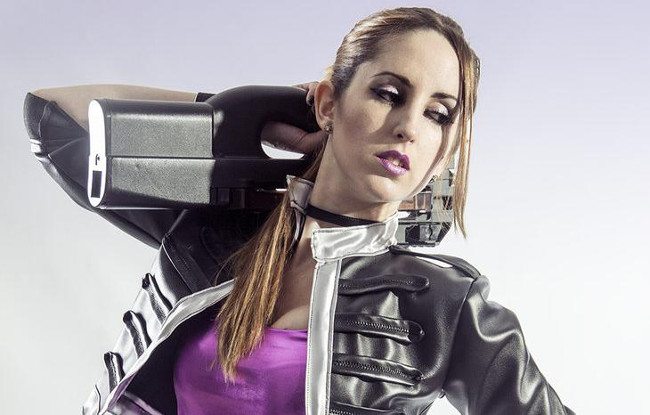 After enjoying weeks of being infatuated with GTA V, it may be difficult for you to remember just how fun Saints Row IV was to play. You have to admit that while the two games may feel similar with their adventurous open world missions, Saints Row does possess a unique ability to make dangerous criminal missions absolutely goofy and humorous to play. After all, where else can you obtain superpowers, blast your advisories down with a dubstep gun, and team up with steamy characters like Shaundi to complete wacky missions? Shaundi’s character has caused quite a bit of commotion among Saints Row fans, as she has given up her care-free bohemian lifestyle of partying even after the sun comes up by not only completely changing her looks, but also by changing her overall attitude in the game. While some fans were in an uproar about the character’s drastic transformation in Saints Row: The Third, DawnArts was not one of them. This gorgeous Spaniard cosplayer has shown us just how much she truly loves Shaundi’s personal makeover by bringing her to life with this awesome costume that is out of this world! She looks just like Shaundi, as she sports her shiny light purple tank top under her black leather jacket that is trimmed in silver, and her shiny skin-tight purple pants that are accented with a stylish silver chain belt; we are able to see exactly why Shaundi is not known for her subtlety anymore! With her hair pulled back and her gun cocked and loaded—we can clearly see that revenge has consumed the once mellow hippy into becoming one of the most superior homies that you will get to team up with to destroy the Syndicate!