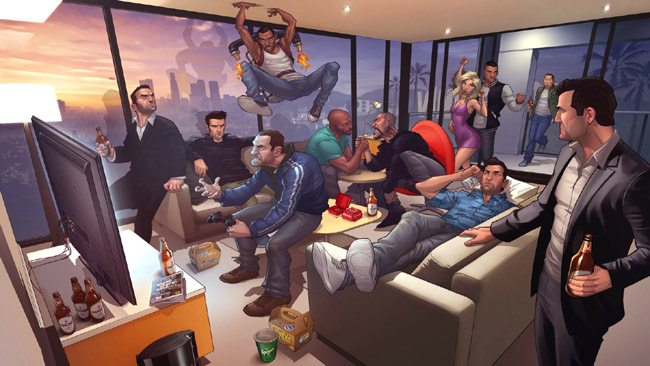 With the recent release of GTA V dominating conversations all around the globe , we decided this would be an excellent time to go back and take a quick look the top 10 things that helped shape GTA into the multi-award winning, billion dollar franchise that it is today. Here is some GTA 101: a quick history that aims to provide you with a little context before diving headfirst into the feature. Since October 1997 , Rockstar North (formerly DMA Design) have been creating Grand Theft Auto for the masses and with each subsequent installment they have become more popular than the last. While often finding itself at the center of much controversy , GTA as a whole has sold over 125 million units worldwide and GTA V crossed the 1 billion dollar mark faster than any entertainment product in history. While some people may find the freedom offered by the gameplay offensive , there is no denying that GTA is responsible for so much of the positive change that has happened within our industry .

Over the years the team at Rockstar North have worked extremely hard to earn the love and adoration of its fans along with the respect and reverence of other developers; a badge truly deserved in every regard. At the 10 year anniversary of Grand Theft Auto III, Yoshinori Ono, Producer at Capcom , said “It would be no exaggeration to say that GTA III changed the industry, and we can basically separate the time before and after its emergence as distinct eras;” This notion perfectly demonstrates the impact GTA has had on our little world: the world of video gaming . As Rockstar has just released the fastest selling game of all time, we don’t see it going anywhere in the near future. And so without further delay, Conslayer’s top 10 most defining elements in the history of GTA.