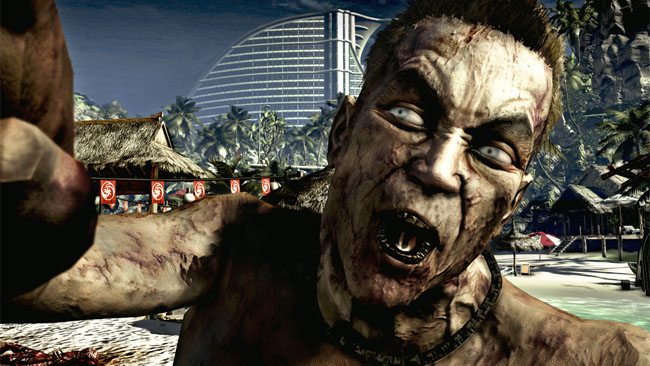 Since their inception video games have always included violence- from the seemingly innocent way Mario kills his enemies by jumping on their heads to the extreme torture killings pictured in Manhunt. With both Halloween and the release of next-generation consoles just around the corner, we decided now would be the perfect time to take a quick look back at the top 10 most goriest games from this current generation. Sniper Elite V2 has one feature that really sets it apart from all the other military shooters currently available on the market: the kill-cam! Now I’m not talking about the Call of Duty multiplayer kill-cam that goes back to show you exactly who it was that just no-scoped you from across the map, I’m talking about slow motion bullet tracking x-ray kill-cams that show the exact effect your bullet had on that Nazi soldier’s skull. For anyone who hasn’t played Sniper Elite V2 or perhaps doesn’t think this game deserves a spot on the top 10 goriest games, you need to get online or go to your nearest game store and grab yourself a copy of it because once you’ve seen a slow motion bullet rip through your enemies lungs you very quickly realise that this is the reality of warfare and my god is it gruesome. Finally answering that age old question of ‘what’s black, white and red all over’, MadWorld is an all-out massacre where you quite literally paint the town red. Developed with a highly restricted colour pallet, MadWorld is fondly reminiscent of Frank Miller’s Sin City and was one of the first games to try and bridge the gap between the family orientated Nintendo Wii and the hardcore gamers they were trying to attract. MadWorld was the subject of much controversy when it was released, but the over-the-top gameplay and distinctly cartoon visual style make the bloodbath much less of a social issue and much more of a statement of style. If you missed the chaos now’s the perfect time to go back and experience it first hand, as MadWorld was a massive success with the critics and is considered to be one of the most underrated games available for the console. Originally a 1988 beat ’em up arcade game, Splatterhouse was remade in 2010, and just like in the original, players assumed the role of Rick, a young man brought back to life by the Terror Mask and voiced by Jim Cummings. Once powered by the ancient curse, you must drain the blood from your fallen enemies in hope of becoming powerful enough to save Jennifer, your girlfriend. The actual game is quite simply just a cavalcade of chaos and violence. Your main weapon besides your fists is the classic 2×4, except this 2×4 has got the splatter factor! Made up of three individual planks of wood stuck together with the biggest nails you have ever seen, this monstrosity of a club acts as your paintbrush: the creatures that come running after you contain your paint and everything else counts as the canvas. With Dead Rising 3 just around the corner of course Dead Rising 2 was going to get a mention. I mean we’re talking about a game that allows you to combine saw blades with a vacuum cleaner to create the Exsanguinator, or my personal favourite: two chainsaws and a paddle to make the Paddlesaw! Dead Rising 2 was seemingly excused from having an insane amount of violence because you weren’t hurting people, you were killing zombies, and let’s face it, nobody likes zombies. The game was very well-received and considering the basic premise is to cut down as many of the infected as possible, it should be no surprise that Dead Rising 2 is on our list. Since 2006, the Chainsaw Bayonet has been the standard attachment to the Mark II Lancer Assault Rifle and boy does it make a mess. An instant hit with fans of the series, the chainsaw provided countless gruesome dismemberings to anyone foolish enough to cross its path. It also made for a way to punish people online as you ducked left, rolled right, downed that son of a gun and then pulled out your lancer to finish the job. A truly brutal execution that then covers the screen in the spoils of your victory, but that’s present in every Gears of War so why Gears of War 2? Well Gears of War 2 has one particular scene that just defines what gore can be. Enter the Riftworm, literally! After getting swallowed you must navigate your way through the worms insides and chainsaw that things heart out. Now bear in mind by the time you actually get to the heart your character is now nothing more than a red blur on the screen and any fans of Shaun of the Dead might find it difficult not to point out “You got red on you” because we’re talking about literally swimming in the stuff. The cut scene that plays when you cut your way out makes it pretty clear you’re going to need more than just a shower to wash that off as a tidal wave of blood washes Delta Team around the landscape.

Part of what it is that makes Dead Island such an ordeal is the explicit emphasis Techland places on melee-based combat. The developers really thought about what it was that would put players in the most danger on a second to second basis and what better way to fight the undead than in hand to hand combat? Of course from a game design perspective what this does is maximise the risk to the player when attacking an enemy, but from a purely graphical perspective it allows for some ruthless up-close-and-personal dealings with the locals. Dead Island also featured a breath taking announcement trailer made by UK based animation studio Axis Productions which sets the whole tone for the game, but leave your expectations at the door people because the game was nothing like the trailer. God of War is a series quite literally born in the blood of the gods. Since David Jaffe and his team at SCE Santa Monica Studios brought us the first God of War way back in 2005 we have journeyed from the peaks of Mount Olympus to the fiery pits of Hell. We have slain Gorgons, we have slain Minotaurs, we have slain demi-gods and we have slain Zeus himself. On our path to redemption we have left a trail of red as bold as the sexy minigame with Aphrodite in her chambers in the Upper Gardens. We have lead a bloody crusade that has featured some of the most violent executions we have ever seen in the history of gaming. What’s amazing about God of War III is that after turning Hercules’ face into goo, ripping Helios’ head clean off his shoulders seems almost tame! ALMOST TAME! When EA released the original Dead Space they really hit on something special with a next gen throw back to the survival horror games of the past. Fans of the genre wanted something new and Dead Space took that age-old formula and added a science fiction twist; thankfully for Redwood Shores players really responded to the aesthetic and while the original Dead Space certainly has a right to be on this list, the actual prize has to go to Dead Space 2 for some of the most brutal depictions of death ever seen in the history of video games. From having to line up precise eye surgery to watching Franco’s body get torn apart as it succumbs to the infection, Dead Space 2 was not for the faint hearted. Since its original release in 1992, Mortal Kombat has always featured gratuitous amounts of blood and insane levels of violence as a core part of the gameplay. Over time the series has evolved into one of the most brutal fighting games ever created and the latest installment from NetherRealm Studios is a far cry from the 16-Bit warfare days of the past. In the 2011 release, NetherRealm added a particularly gruesome feature in the form of x-ray attacks which allowed the player to stop and really appreciate the pain they were inflicting upon their victims. One of the more memorable moves is Stryker’s fine example of police brutality which begins with a flashlight to the skull followed by a nightstick to the jaw capped off with a 10,000 volt charge surging through your now broken body. Of course honourable mention has to go to what the series is best known for: FINISH HIM! Yes, fatalities are the true measure for which all other gore can be calculated, Noob Saibot’s tag-team fatality or Reptile’s stomach turning acid yak fatality are so painful to watch that I feel it is essential to apologise before executing them. For those in the know I have only two words… The assecution. Need I say more?Developers Digital Extremes certainly lived up to their name. In 2012 they delivered one of the bloodiest, most brutal games ever to hit the market. For a complete breakdown of the gruesome nature of the game I recommend you check out the ‘Artfully Executed’ trailer which shows the Creeping Dark doing what they do best by ripping people apart in some of the most creative ways you could think of. The Darkness first appeared in a Witchblade comic way back in 1996 and unlike the first game, the Darkness II featured a cel shaded look to allow the developers to exploit the comic book violence by setting it in a comic book world. If you haven’t had the chance to play the Darkness II we highly recommend you check it out. This is a game that really needs to be played in order to fully appreciate it in all its gory… Sorry I mean glory.