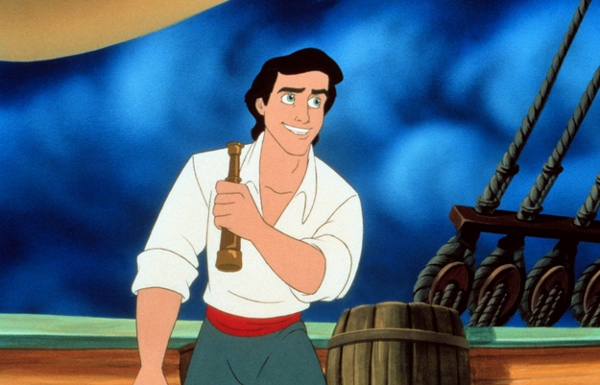 The new live-action Cinderella movie is waltzing into theaters this week, and we can’t help but think about how charming her prince is. There are also the many other Disney princes out there who have made a name for themselves with their distinctive charming qualities. Here are our picks for the Top 10 Disney princes who have worked their way into the hearts of millions.

10: The Prince (Florian), Snow White and the Seven Dwarves Even though we don’t see much of the Prince on screen, with the exception of a few scenes in the beginning of the movie; he sings to Snow White and then, at the end, saves her from the curse with true love’s kiss. Snow White is head over heels for him, and there is a good chance that they will end up happily ever after.

9: Prince Adam, Beauty and the Beast Belle is the charming book nerd, like many of us here at All that’s Epic. When her father goes missing and there is nowhere to go look but a mysterious castle, Belle wanders in to meet one of her least favorite people. The Beast is rude and unwelcoming and, when the help pushes him out of his box, he turns to be one of the more caring and loving characters in the bunch. Greek God Hercules may not be the smartest lightning bolt of the bunch, thinking that his strength is the way to get the ladies. In the worst of situations, though, he is there for Meg when she is at her weakest, even catching her when her ankles give out. Giving up his God-like abilities for a woman may seem unrealistic but, in this Disney story, it happens. Shang has honor, pride and cares for those who follow him on a daily basis. Even after Mulan’s secret identity is exposed and she gets sent home, somehow they come back together and the pull between them is magnetic. Shang and Mulan band together to help save China, and what could be more romantic than that? Sailing on the open water is a nice escape from the pressures of the daily prince life. The sea holds many secrets and, unlike most mermaids that would steal your soul, Ariel falls in love with the handsome, land-dwelling lad. Prince Eric shows her the world above water and sinks for her, head over heels.

5: Naveen, The Princess and the Frog Being an annoyance isn’t the best way to win someone over but, when Tiana and Naveen both turn into frogs, he becomes her main love interest. When things go sour, he’s there to help her through it the best he can. When they kiss after finally finding one another, they are to wed and she is his princess. Let it go, let it go! Princess Anna may not make the best decisions, like falling in love with a con man within the first few minutes. When she embarks an an adventure to find her sister, Elsa, Anna stumbles across this lovable oaf. Kristoff isn’t a real prince, but we consider him one since he and Anna will be getting married. Kristoff is charming, humble, and funny and manages save Anna from getting in serious trouble. Settling into new lands, most of the settlers didn’t want to share with the Native Americans who came before them. John Smith, though, was curious about these intriguing people. Pocahontas learned to love him by listening to the land and the way the wind blew. It’s not every day the sound of a beating drum and the direction of the wind will lead you to save the love of your life. Jafar wasn’t what Princess Jasmine had hoped for in a prince, and wanted to push the rules of falling in love. On a random experience outside the palace walls, she meets Aladdin who is taken by her beauty and knows he has no chance with a woman like Jasmine. He falls in love, but doesn’t get his hopes up. Even though he isn’t a prince in the beginning of the movie, nor since birth, he holds a certain charming quality. Maybe it’s that street rat. We didn’t just choose Prince Charming because it’s Cinderella week. This prince deserves top honors because his perseverance is completely off the charts. He dances with an unknown woman at the ball and, after finding her lost slipper, he chases down every maiden in the kingdom for a proper fitting. Now, that’s dedication! His charm and determination win Cinderella over, and the two live happily ever after.