Mikasa Ackerman’s Got Your Back in This Epic Cosplay

Marvel and Attack on Titan Crossover is Happening 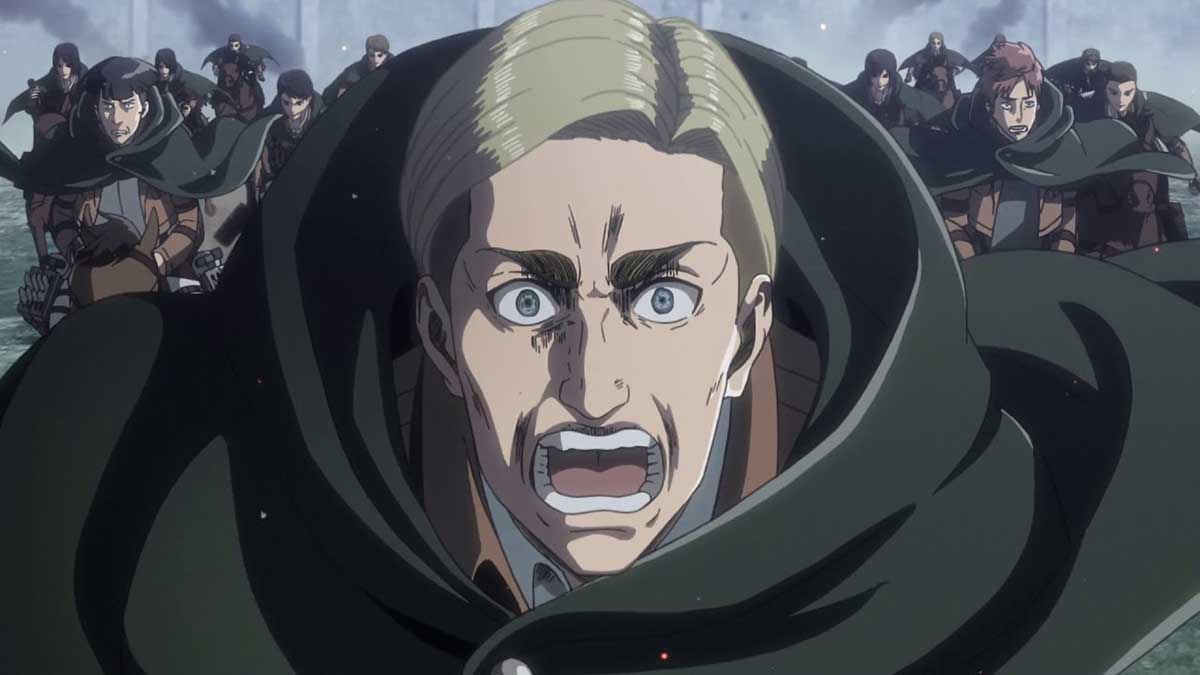 Attack on Titan is a phenomenal series, full of all kinds of significant moments. Some would give you goosebumps, some would make you scream in excitement. Other great AoT moments might even make a grown man shed a few tears.

Let’s talk about them; the greatest and most hype Attack On Titan moments there are.

5. The First Glimpse of The Sea After a good long 100 years of confinement and despair, humanity finally traversed through the land surrounding Wall Maria and reached the edge. What stood before them there was a surreal sight, it was more beautiful than anything inside the walls. This sea, this ocean, it further certified the notion that there is indeed a world beyond the walls. However, unfortunately, the remnants of the Survey corps already knew about the sad reality that awaited them in that world.

4. “I’m the Armored Titan and he’s the Colossal Titan” Five years before the day Eren became a scout. Two unfamiliar breeds of titans breached Wall Maria and wrecked the Shiganshina district. Eren Yeager’s mother was just one of many victims.

Then, after the reveal of the female titan’s identity, the survey corps now had to identify the Armored and the Colossal before they do any more mischief. Lucky for them, the prime suspects, Reiner and Bertholdt came clean and revealed their identities themselves. For many of us, this was the turning point. It’s where Attack on Titan went from good to truly great and for all the right reasons. Titans are at the top of the food chain. However, there is one man who would never be outdone by them. It’s Humanity’s Greatest Soldier, the man called Captain Levi.

Commander Erwin entrusted him with the grand task of taking out the Beast Titan. On this final order, Levi took charge, decimated all of the surrounding titans, sneaked up from behind, and started chopping up the Beast into bits and pieces. The humongous Titan couldn’t do a thing, it was quite literally an Assault. Few things are more euphoric than Commander Erwin’s Speech and the Suicide Charge that follows.
Even when the odds were more or less impossible. Erwin conjured up a strategy from thin air and found a way to win. Even if it meant presenting his own life as bait and convincing other scouts to do the same. The Commander was able to effectively distract the Beast Titan who then got chopped by the Captain himself. A brilliant display of extraordinary leadership and self-sacrifice. Choosing Humanity’s survival over one’s own purpose. The man certainly knew how to get things done.

1. Eren Reunites with Reiner and The Declaration of War Here at the number one spot, we have one of the greatest uses of the Uno Reverse card of all time.

The Reunion between Eren and Reiner, and how Eren had already resolved to make the whole world his enemy because that is what’s required for him to take his freedom back.

Reiner begged, groveled, and even offered his own life. All he wanted was for Eren to leave his people alone, but of course, that hardly mattered to Eren because almost a decade ago, Reiner had done the same. Just like that… as Reiner is horrified beyond what words can describe, Eren goes titan mode, and wreaks the greatest havoc Marley has known in the past 100 years. It was quite literally a massacre.

So, there you go guys. These are our picks for the Top 5 Greatest Attack on Titan moments so far. Of course, there are new episodes and more great moments to add to this list in the future.

What are some of our favorite moments from Attack on Titan?