This Mileena Cosplay is a Real Knockout 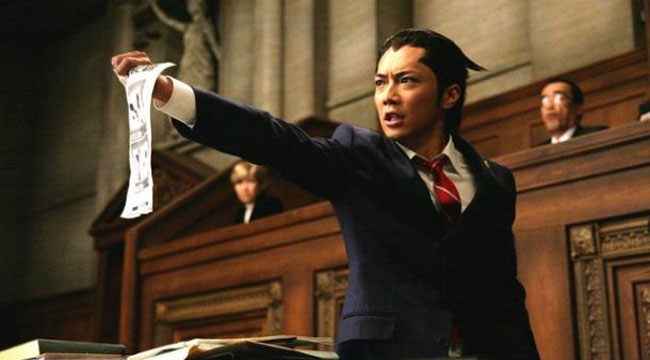 Looking back on various video game films, I realized I need to make the distinction that this list is for live action films only. I have nothing against animated films, but there are so many good ones in that category I’ll save it for its own article down the road.  To be up front right now, the animated films are probably better than the live action ones. Still, here are 5 live action video game films that didn’t completely suck.

Yeah… I’m not going to pretend like Mortal Kombat is a good movie. The acting, screenplay, even the technical aspects are mediocre at best. Yet, there is something weirdly primal and engaging about the original Mortal Kombat film that makes me smile. Its sequel is even worse, which is why I chose not to include it, but this classic video game adaption is essentially a must watch for video game fans. Just turn your brain off and watch fighters “FINISH HIM”.

As I talked about in yesterday’s article, Resident Evil is not an example of top quality science fiction/horror. The series does have a strangely endearing quality to it. With the exception of part 2, all the films in the series have, at the very least, been entertaining to watch. They may not be much in the character department, and they don’t break new narrative ground. In terms of action-packed science fiction, though, they are sort of like an airplane novel. Forgettable in the long run, but satisfying while you fly. Personally, I have a soft spot for Extinction, and I’m hoping that the final installment will offer the same, turn off your brain entertainment as the rest of the series. For fans of the games, these movies may not be amazing, but they are better than most other adaptions, so be thankful.

Silent Hill is the definition of a mixed bag. If there were better films to choose from, I think this would have gotten the axe. On one hand, Silent Hill can be eerie, beautifully shot and well acted. On the other hand, it can be dull, overly stylized and downright silly with its storytelling. For the most part, I think its qualities outweigh its flaws. Watching it recently added a new level of appreciation, especially compared to many other video game adaptions. The fact that it was creepy at all is a compliment, and it is worthy of a viewing. All of its other flaws and qualities seem second to that fact. This isn’t amazing, but it’s better than it should be, and when you put it up to it’s sequel, it’s basically The Godfather of video game adaptions.

Prince of Persia: The Sands of Time

The most recent film I watched on this list is Prince of Persia: The Sands of Time, the whitewashed Jake Gyllenhaal version of the beloved video game series that sort of revolutionized graphics back on the Apple 2. Borrowing much of its story from the namesake video game, Prince of Persia could have very well been a disaster. Maybe that’s the reason it somewhat succeeds. You can’t go into something like Prince of Persia expecting high-level, sophisticated entertainment. This is more in The Mummy Returns or Mask of Zorro realm of swashbuckling fun. It never tries to be anything more than it is, and thankfully it doesn’t look half bad. Sadly, it failed to gross much on the domestic market so a sequel is unlikely. If you are looking to kill two hours without having to focus too hard, Prince of Persia is the ticket.

Admittedly, I’m not terribly familiar with Ace Attorney as a video game, but in the hands of Japanese virtuoso Takashi Miike (13 Assassins, Ichi The Killer), the film is a recipe for lunacy. To say I understood what was happening at all times would be a fat lie, but Miike fills all his movies with such immense gusto that coherency tends to be the last thing on my mind. It’s a silly, overabundant crime/mystery that doesn’t always succeed but always keeps your attention. It can be a little hard to come by, but both fans and newcomers alike should seek it out.

Tomorrow, I’ll be counting down the Top 5 Silent Horror Films, so check back in tomorrow for some more recommendations!