Endure The Darkness With This Silent Hill Heather Cosplay 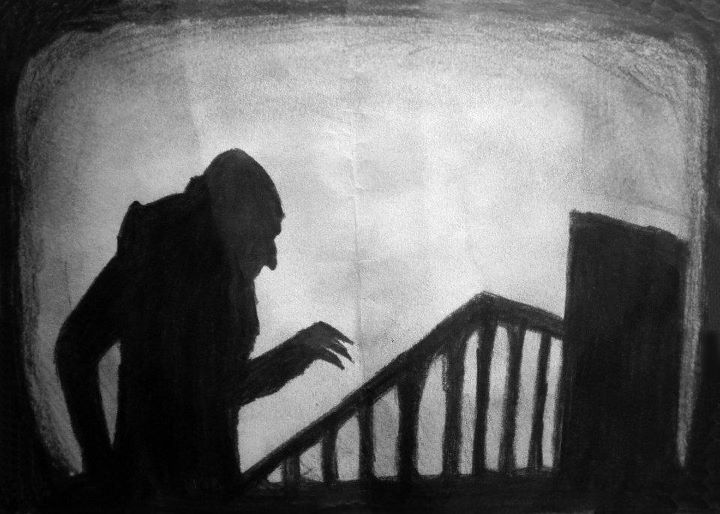 For today’s Top 5, I decided to switch things up by digging way into the past. I’ve been a horror film fan for as long as I can remember. Something about the controlled anxiety of being in a pitch black room. Eerie tones, dark atmosphere and scared expressions lighting up the screen just makes me jump with glee (or maybe fear). Though horror films have been in a quality flux for the good part of this decade, sometimes we need to look back and remember where it all started. Here are 5 of the best Silent Horror films. Some of them are even in the public domain, which can be found on YouTube absolutely free!

Technically speaking, The Golem: How He Came into the World is the third film in a trilogy of movies focusing on a sort of mythical creature made from clay, The Golem. Unfortunately, the first two entries are considered lost films so the world will have to make do with only the third entry for now. Focusing on a small Jewish ghetto in medieval Prague, the film follows Rabbi Loew as he attempts to bring to life a creature that can protect them from the Holy Roman Emperor. Things don’t exactly go as planned, as you can imagine, and The Golem winds up being a classic sort of recreation of the Frankenstein mythos. It’s short, stylishly crafted, creepy and just all around one of my favorite horror films, silent or otherwise.

Okay, some horror fans probably saw this coming, so let’s get this one recommended quickly. No list of horror films would be complete without the arguable genesis of the genre. The Cabinet of Dr. Caligari may be the most well known film on the list and I’ve seen it countless times over the years. It’s a movie that shouldn’t be given away so it’s actually best to go into the film blind and read about it afterwards. Let’s just say it is one of the most influential horror films of all time. Some of the most common elements of psychological horror can be found in this wonderful film from Germany. This one is definitely in the public domain so it’s free to watch most places online!

Out of all the films on this list, The Phantom Carriage still frightens me the most. It may be the terrifying representation of death, the frightening built up tension, the crescendo, and even the simple eerie poster brings back memories of staying up late. Watching it every year or so has instilled scenes in my brain, but I still remember the first time I witnessed the literal creature of death, and just bolting upright. Not only did it freak me out, it was a major influence on the work of legend Ingmar Bergman, specifically, his own interpretation of death in The Seventh Seal. I’m not sure if the film is in the public domain, but a lovely copy is available for Hulu+ members.

Next to the Phantom Carriage, Nosferatu is the other horror film on this list that still haunts me to this day. Something about Max Schreck’s brilliant performance as the title character has stayed so evil, that all vampires now are stacked against it. Based on Bram Stoker’s Dracula, this is a starkly un-romanticized version of the classic tale. It’s another one I wouldn’t want to spoil by spelling out a ton of details. It resides in the public domain and is easy to find. Short, precisely made and easy to follow, this vampire won’t sparkle, and it won’t soon leave your thoughts.

For the final entry on this list it was a toss up between Vampyr and A Page of Madness. Obviously, Vampyr lost that toss up because, technically speaking, it isn’t a silent film. Not to mention, I wanted to spread the genres around and already had Nosferatu on here. Back to the film at hand, though. A Page of Madness is by far the strangest, most outlandish film on the list. Taking place in a mental hospital, I honestly still don’t know if I fully comprehend the story. That’s intentional, though, and part of what makes A Page of Madness equal parts unique and downright creepy. The film was lost for decades in its home country of Japan. In the 70’s, the director found it in his warehouse and re-released it. This one may be the hardest to come by, but if you do come across a copy it is more than worth the time to watch. Just try not to make sense of it all, you’ll give yourself a headache.