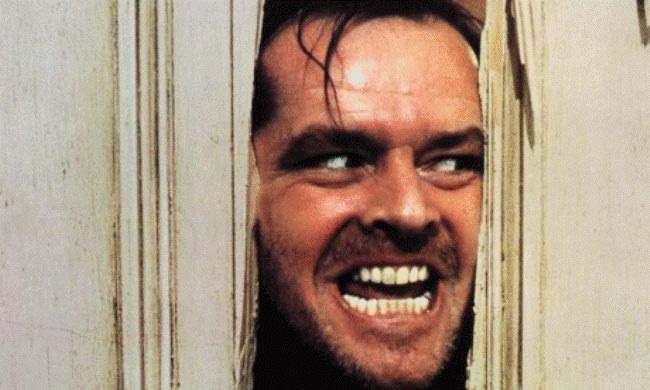 Today we have 5 selections from the master of horror literature, Stephen King. He’s had literally dozens of adaptations from his work, but I think these five truly stand out amongst the pack. So let’s dive right in!

Starting with probably the most recognizable film, The Shining is virtuoso Stanley Kubrick’s singular dabble in the horror genre. Truthfully, with the combination of Kubrick and Stephen King, this would have been hard pressed to fail. Even though King displayed a certain discontent with the final product, audiences and critics over the years have come to elevate this film to horror classic status. Don’t even get me started on Jack Nicholson’s killer performance. Seek this one out, particularly if you’re a horror fan.

Director Frank Darabont is no stranger to Stephen King adaptions, and The Mist is the first of two films from the director on this list. Much of The Mist hinged on the finale and boy did Darabont deliver on that front. He changed the ending from King’s original short story and the man himself gave the film huge praise for its final kick in the nuts. Combining great effects, creative creature designs, solid cast and precise writing, The Mist is an all around winner that horror fans, or fans of great films in general, should enjoy.

Probably my personal favorite film on the list, many people don’t realize Shawshank is based off a Stephen King short story. The film has sat on top of IMDB’s top 250 for years, and for good reason. The heartbreaking story of Andy and Red is one of the ultimate takes on the theme of hope and the courage it takes to keep that hope alive. Featuring two knockout performances from Morgan Freeman and Tim Robbins, The Shawshank Redemption is a movie that should appeal to everyone, no matter your level of film knowledge. This is just an all around great film. Essential viewing, in this writer’s opinion.

The second non-horror entry on the list is also one of the single best adaptions of King’s work. Stand By Me is the classic coming of age story about friends finding a dead body. The film combines brilliant atmosphere, fantastic child actors, and a hauntingly beautiful tone that has stayed with me for years after viewing it. This is a bonafide classic and, if you haven’t taken the plunge, now is the time to do it!

Even though the recent update with Chloe Grace Moretz was passable, it didn’t add much to the source material or the original film which featured a masterful performance from Sissy Spacek in the title role. The remake also didn’t have a top notch director like Brian De Palma behind the wheel. Despite its age, Carrie has maintained a cult classic following on par with the very best of King’s adaptions. Though the remake is worth a watch, don’t go for the sequel, The Rage. It’s awful and an insult to the eerie source material.

Check back tomorrow and Friday when I cover the Top 5 Science Fiction Films of the 2000’s and The Top 5 Series on FX.