Beat the Heat with this Pool Party Heartseeker Akali Cosplay 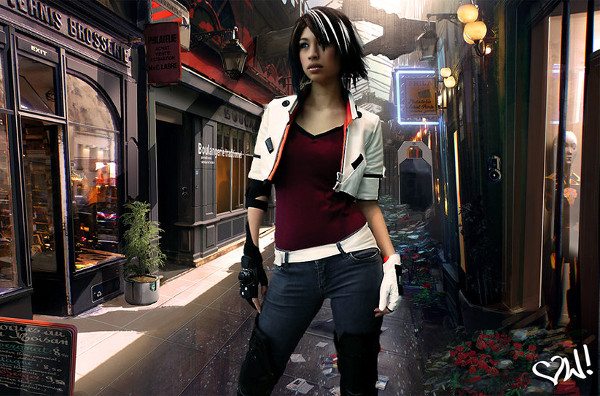 The main character of Remember Me is Nilin.  At the start of the game, she wakes up in a prison in Paris, with no memory of anything. Luckily she is soon rescued and guided by Edge, then is put in a coffin and ends up in a slum. From here the story is about regaining her lost identity, this being a deadly memory hunter she was known for, and the reason she was arrested in the first place. Her personality is very jokey and sarcastic, but she can also be rebellious and isn’t afraid to talk back.  Further in the game she starts to feel more guilt. She is a very skilled climber, martial artist, and advanced in combat. Stylechameleon‘s Nilin is put in a great location as if you were on the set of the game.  She has managed to make the tricky boot covers on the jeans very well, as well as the complicated cropped jacket she wears, them finished it off with the two distinct gloves.  Overall this is executed to a very high standard! This Cosplay of Bellona from Smite Will Amaze You