Cosplay of the Day: A Stunning Mad Moxxi 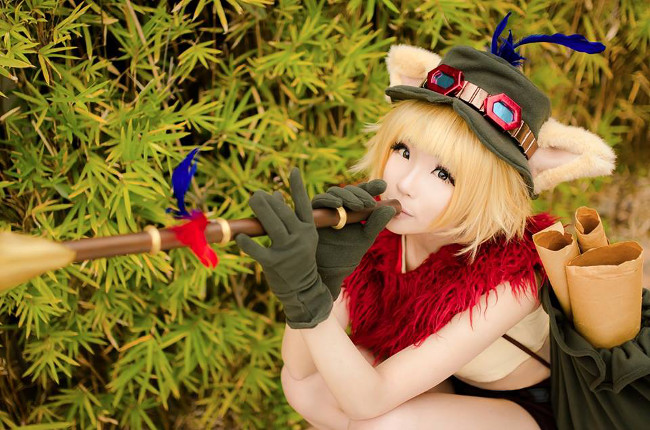 Teemo is a legend among his yordle brothers and sisters in Bandle City. As far as yordles are concerned, there is something just slightly off about him. . Even as a young recruit, the drill instructors and other trainees found it a little disconcerting that, while Teemo was normally charming and kind, he turned deadly serious and highly efficient the minute combat exercises began. Teemo’s superiors quickly steered him toward the Scouts of the Mothership, which is one of Bandle City’s most distinguished Special Forces unit alongside the Megling Commandos. Regardless, Teemo is a crowd favorite in the League of Legends, and a pint-sized foe that many have come to fear. All aboard the cute train – because this is adorable! Terri did a great job articulating all of the parts of Teemo’s main skin – right down to the little details in the goggles. From the bottoms of the little slouch boots all the way to the top of his blue fluffed cap – she nailed everything about one of our favorite League champions. The super cute furred ears match with the wig and is in the same tone family as the top – she does a really great job with matching the color tones and staying true to the character’s design. Awesome work, Terri! Morrigan is Ravishing in Poolside Cosplay