Magical Zatanna Cosplay Will Cast a Spell On You

Poison Ivy Cosplay Will Leave you Itching For More 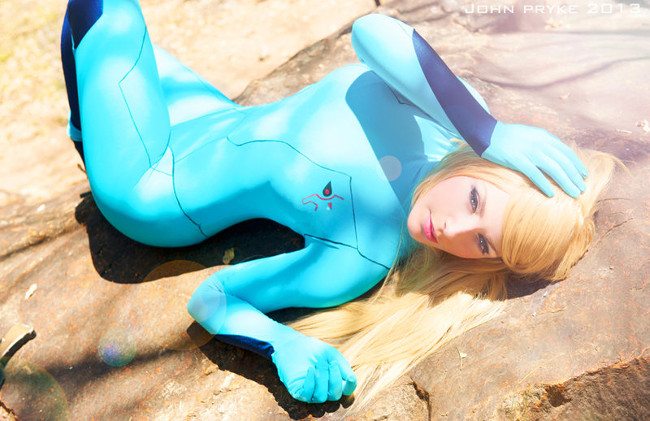 Born in the 8-bit gaming era, Samus Aran quickly became one of the most memorable female heroes of her time by blasting through dangerous metroids while destroying thieving space pirates in the constricted 8-bit world of the Metroid universe! Of course, the creators of Metroid were genius to hide her gender throughout the game; leaving everyone who achieved the end game content by mastering each level within a certain time limit in complete surprise! Before Metroid, female characters were always portrayed as the poor and helpless damsels in distress who desperately needed to be rescued. For the first time ever, female gamers were finally able to relate to a powerful female character that truly was the best of the best. At the end of the day, those who remember how extremely difficult such simplistic controls and moves were to execute during the 8-bit generation, can truly attest to the skills and patience that one would need to possess in order to achieve beating Metroid within the time limit. While being a female gamer was not uncommon in the 80s and 90s, they definitely had to “combat” their way into a predominantly male gaming community, and Samus was just the female character they needed to do it with. Samus’ epic voyage through space has earned her the title of being the best galactic bounty hunter the Metroid Universe has ever known. Thus it is only logical that she has been brought to life by numerous cosplayers who have connected with her ability to be the best of the best. Many cosplayers strive to continuously elevate their craft by improving on their craftsmanship with each new costume they design. MoonFoxUltima has definitely crafted a fabulous addition to her epic cosplay wardrobe! She looks absolutely amazing in her bright blue bodysuit with her impressive power beam gun in hand. Oh! And let’s not forget those retro Spice Girl boots that she is rocking! Even though she is not wearing Samus’ power suite, this cosplay voyager has left us in complete surprise by demonstrating her power to craft such a brilliant interpretation of the inspirational bounty hunter who paved the way for many of our other beloved female heroes who we enjoy playing with today.