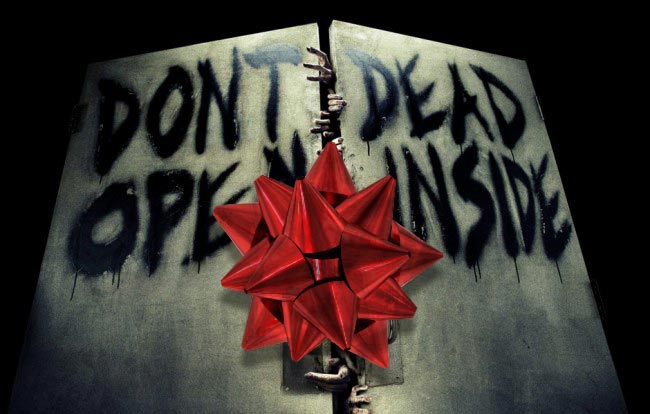 “The Walking Dead” is the hottest zombie show on television and, with all of its 12.1 million viewers for the mid-season finale, someone in your life has to be one of them! Stumped as to what to get them this year? We have some awesome tips on what to get them and where to get it. Ready…Set…Shop!

TellTale Games brings a new take on “Walking Dead” with this game featuring episodes. Make your own choices, guiding characters through the story.

These compendiums feature several of the comics in them making it easy to get caught up in one book, or two.

Your “Walking Dead” fan can get caught up with one, two or three seasons of “The Walking Dead” along with several extras in this special “Zombie Head Aquarium” box set.

“The Walking Dead” Dead Inside Hoodie

A zip-up hoodie featuring walkers wanting to be unleashed alongside the zipper.

Give your survivor a replica figure of their favorite character from AMC’s hit series. Figures include Rick Grimes, Daryl Dixon, Michonne, Carl Grimes, The Governor and more!

Enter a world where quick wits, guts and ingenuity mean the difference between life and death. In the Walking Dead Monopoly game you will wheel and deal for your very survival.

This gift list is sure to leave your “Walking Dead” happy and filled with Christmas fear! Let us know your favorite “Walking Dead” gift ideas in the comments below!