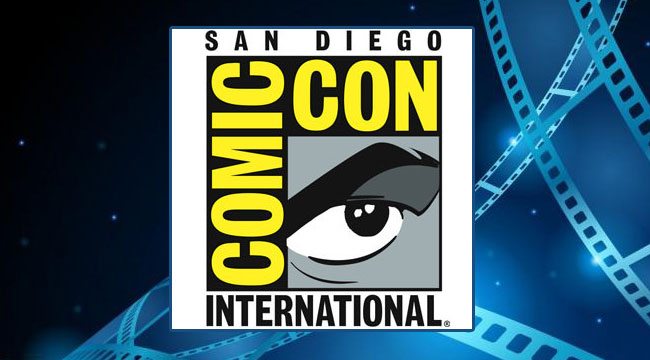 Comic Con is a always great place for studios to show off teasers and screen special projects for those lucky Con attendees. DC Entertainment should be gearing up for the highly anticipated Batman v Superman, but will the superhero blockbuster be a no show? Warner Bros. has revealed at least some of their schedule for San Diego Comic-Con 2014, and here it is:

Saturday July 26 at 10 a.m.: Warner role will be bringing Peter Jackson’s new film, The Hobbit: The Battle of the Five Armies, Mad Max: Fury Road and a new flick, Jupiter Ascending. Wait, what? Prior to the Con, on Wednesday July 23, at 10p.m., Into the Storm will be screened at the Gaslamp Theatre.

Warner Bros. TV will also be bringing back fifteen shows in 2014. Several of these panels will happen over the duration of the four days. Some of our favorites will be there, Vampire Diaries, Supernatural, Teen Titans Go!, Big Bang Theory and a few exclusive screenings to include The Flash, Constantine and others.

Saturday, July 26: DC Entertainment will have Hall H to themselves and will have a special three hour event for attendees, of course, designed around DC comic book characters. Hall H will be ready for the event from 8 p.m. to 11 p.m. How about a screening of the new series Gotham followed by a showing of The Flash, Arrow and then Constantine? Cast and producers will be showing up throughout the three hours to say hello as well.

Batman also has a very special birthday coming up as well, the big 75 year mark for the icon. Batman will be the centerpiece for many of the happenings that will be taking place; all-star panel appearances, costumes on display that were worn by Christian Bale, George Clooney, Michael Keaton and Val Kilmer. Batman will also lead with the icon on the cover of the SDCC Souvenir book and a con-exclusive T-shirt by DC Entertainment!

Twenty panels courtesy of Warner Bros. will happen over the few days. This is just a small tease of what is to come, so check back for a final list in the days leading up to SDCC 2014.